Police in southern Sri Lanka’s Galle city found a 43-year-old man “dead in the driver’s seat” of his vehicle on Monday after he had waited in a gasoline line “for hours” amid Sri Lanka’s dire fuel shortage, the local News First website reported.

“Police said that the person had arrived at the filling station around 3.30 AM this morning to purchase Diesel for a Lorry [sic],” News First relayed on April 11.

“Police further said he was found dead in the driver’s seat after waiting in line for hours,” the outlet added.

The man was the fifth person confirmed by Sri Lankan government authorities to have died “while waiting in a line” for fuel, food, or medicine since the island nation’s latest financial crisis caused severe shortages of basic goods in early March, News First revealed on Monday.

While Galle police did not disclose the exact cause of the 43-year-old man’s death on April 11, other victims of Sri Lanka’s extremely long fuel lines have died from apparent heatstroke after being forced to stand for hours under the tropical island’s scorching sun. One person was allegedly “murdered” by fellow queuers on March 20 or March 21 in the Sri Lankan town of Nittambuwa “due to an argument in the filling station,” News First reported at the time.

“Police said a man was stabbed to death on Monday [March 21] in an argument with the driver of a three-wheeled vehicle, while last week three elderly men died while queueing to buy fuel in sweltering heat,” Reuters reported on March 22.

“Reports said that at least four elderly people have died while standing in lines for hours trying to buy cooking gas or kerosene oil,” the Associated Press observed on April 9. 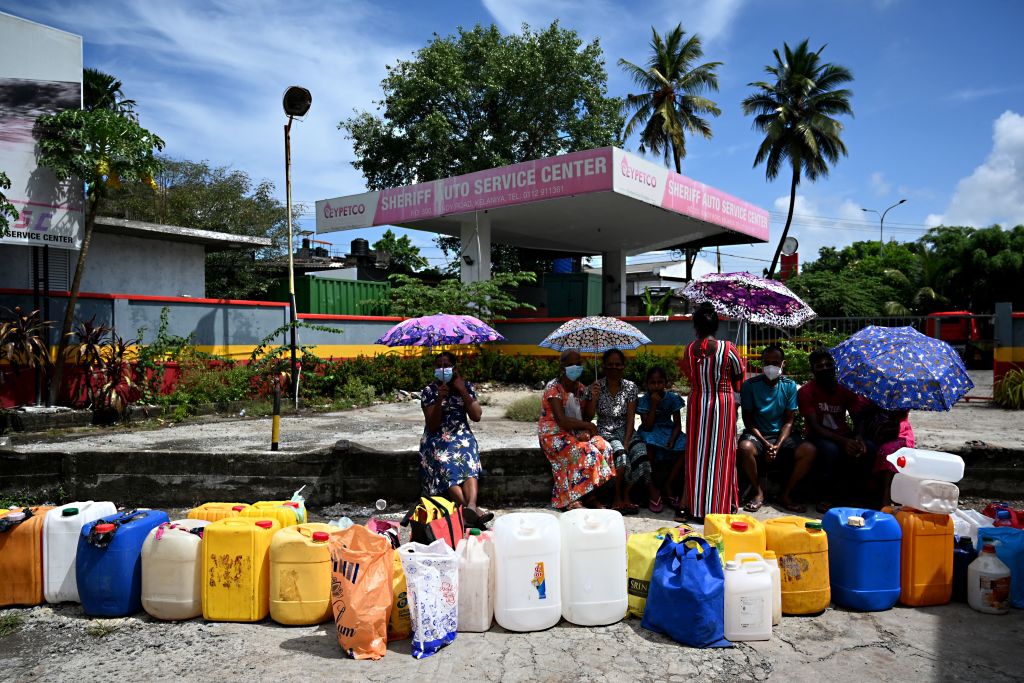 People queue to buy kerosene oil for their homes in Colombo on April 11, 2022. (ISHARA S. KODIKARA/AFP via Getty Images)

“[V]arious shortcomings and irregularities have been reported in the distribution of fuel to consumers from … fuel stations,” Sri Lanka’s Energy Ministry acknowledged in recent days.

“Accordingly, the Ministry of Energy has informed the State Ministry of Home Affairs to prepare a programme to monitor the distribution of fuel through filling stations through all District Secretaries and Divisional Secretaries,” Ada Derana relayed on Sunday.

The news outlet’s report confirms merely the latest attempt by Sri Lanka’s government to help distribute fuel to citizens, as Sri Lanka’s military was already forced to deploy forces to gasoline stations in late March after mismanaged lines at the facilities became sources of frustration and even death.

Ada Derana revealed on April 11 that ” a large quantity of diesel [fuel] … was wasted” earlier that morning after an accident occurred at the Rambukkana Railway Station in Sri Lanka’s Southern Province.

The loss of diesel in fuel-starved Sri Lanka took place after “a passenger transport train with no engine driver which had been parked at the railway station had collided with a fuel train also parked at the station, reportedly due to a fault in the brakes of the former,” Ada Derana detailed.

“Subsequently the fuel train had also collided with a building at the Rambukkana railway station,” according to the news outlet.

Sri Lankans have rallied against the nation’s federal government — which many hold accountable for the financial turmoil at the root of the nation’s ongoing fuel, food, and medicine shortages — since early March. Sporadic protests associated with long fuel lines have grown into a massive anti-government movement over the past month, with the demonstrations successfully pressuring nearly all of Sri Lanka’s Cabinet, save for President Gotabaya Rajapaksa and his brother, Prime Minister Mahinda Rajapaksa, to resign en masse on April 3.

Protests demanding President Rajapaksa resign were going strong in Colombo as of April 10, according to News First. The news site reported that anti-government demonstrators erected a tent city in an ocean-front park called Galle Face in Colombo, Sri Lanka’s national capital, over the weekend. 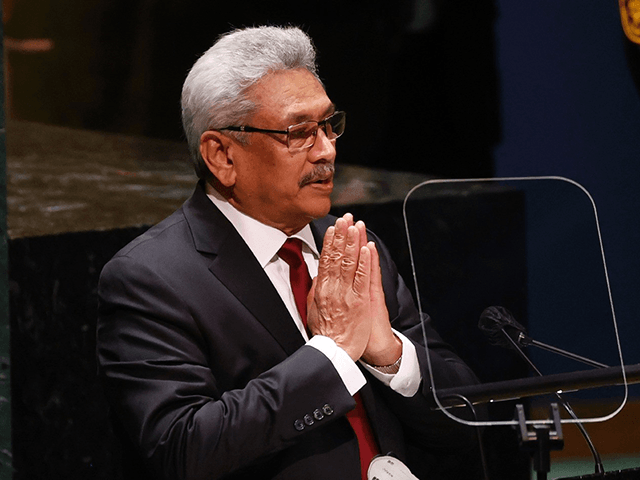 “The camp was set up on Saturday [April 9] night with just a few tents, and the number shot up to over two dozen on Sunday [April 10] night,” News First observed.

“Gota-Go-Gama [the name of the tent city] is like a small model village, it has all the basic requirements including free food, water, toilets, and even a make ship medical camp for health emergencies,” according to the news website.