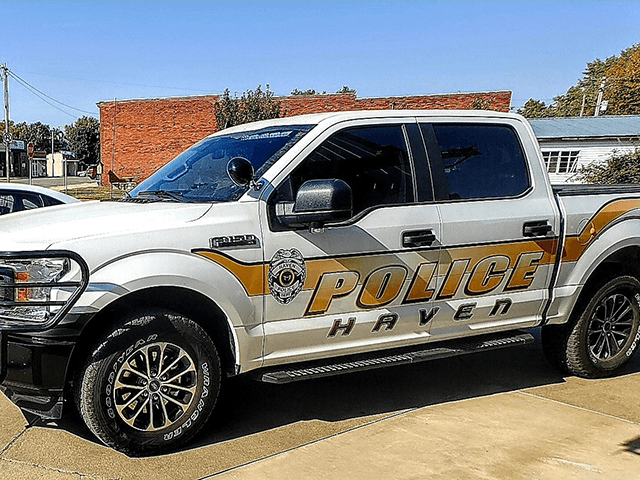 A city council in Kansas has voted to walk back a measure that mandated the removal of “In God We Trust” decals from police vehicles after constituents pushed back against the ban, KWCH reported.

At the May 2 council meeting in Haven, Councilmember Sandra Williams made a motion to nix the “In God We Trust” decals in addition to bible scripture posted to the Haven Police Department (HPD) Facebook page, the outlet previously noted. The motion resulted in a unanimous five to zero vote to remove both the decals — which officers purchased themselves months ago — and the scripture from the Facebook page. “The city’s attorney said the decision came out of an attempt to separate church and state,” according to KWCH. Fox News reported the scripture has since been deleted from the page.

The decision to remove the slogan from police vehicles was met with outrage from a number of citizens who were in favor of them.

“I think we need to take hold of the motto,” resident Kristyne Burrton told the Hutchinson News following the vote. “I think it’s important to the community. In town, we have multiple churches — it’s a big part of the community here.”

Another citizen, Jessica Schmidt, who owns the company Reign Real Estate, told the outlet that the council was not forthright with its constituents prior to the vote.

“I don’t believe that they have been very proactive in being transparent and open in communicating these issues,” Schmidt said. “They can have a public forum or reach out to citizens. That’s their job as elected officials to represent the public.”

Mayor Adam Wright was inundated with upwards of 100 emails showing support for the slogan found on U.S. currency, with only two emails expressing displeasure with the decals, KCHW noted. The two emails were sent by individuals who do not reside in Haven City.

On Monday, the Haven City Council voted 3-2 in favor of reversing the ban of the decals on the back of  HCPD vehicles, according to the outlet. Revisiting the matter was not part of the body’s agenda, but a vote was prompted by a high turnout of constituents at the meeting, who expressed their support for the decals, six of whom spoke in advocation for them, while just one person voiced objections.

“The public in the last two weeks have came out, showed support in the ‘In God We Trust’ on the back of the police vehicles, talking to our council and the council decided to uphold what the citizens of Haven wanted,” Mayor Adam Wright told KWCH.

The council pointed out that allowing the slogan to be placed on the back of the cars opens the door for messages from other religions to be added to police vehicles.

“I firmly believe in separation of church and state,” council member Mark Robinson told Fox News Digital. “However, the people made clear what they wanted. And we went with it.”

Mary Anderson expressed her pleasure with the council’s decision to overrule their previous vote.

“I’m so pleased with the decision that the council made tonight,” she told KWCH. “They heard the citizens that came up and spoke and said that we didn’t agree with the unilateral decision they made against their citizens.”