Kevin Kiley Warns California Is a ‘Preview’ for Biden’s America 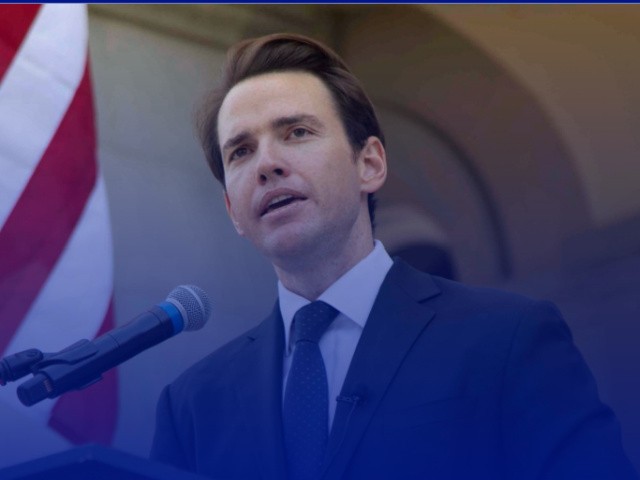 Kiley commented that this midterm election cycle was about answering the central question, “Are we going to continue to go down this disastrous path that Joe Biden is taking us” – that we “have a preview for up here in California” – or are we going to return to the Trump era policies that gave us a secure border, that gave us the greatest economy the nation has ever had,” and “that gave us safe communities?”

Host Matthew Boyle remarked that Kiley has been “battle-tested” from his time in the Republican minority in Sacramento as a member of the California State Assembly, before pointing out that he’ll have to fight “the RINOs there too in Washington” and asking how the candidate will take what he’s learned in California to D.C.

Kiley asserted that “if we get the majority, which I do think we will, in Congress, that is not enough. We need to have the right kind of majority, the majority of majority that is actually going to do things to rein in the Biden administration and to reverse the damage that they’re doing.”

The Trump-endorsed candidate also addressed the need to fight while in the minority, explaining that after forcing a vote on California’s gas tax multiple times, “a number of Democrats have come out and said they support suspending the gas tax.”

Kiley pointed out that California represents “everything that Joe Biden is trying to do to our country,” asserting that “the problems that all of America are seeing California has already been experiencing.” In California, “shortages are almost like a fact of life,” highlighting the mismanagement of water and energy, which have resulted in rolling blackouts and represent the “utter failure of liberal, progressive politics.”

Boyle also discussed the ongoing crisis on our southern border, contending that we can fix it if politicians “build a barrier, i.e. the wall, that stops the flow of people” and “put in the proper legal procedures.” Kiley noted that the way to fix the crisis of illegal immigration is to do “the exact opposite of what California has been doing,” pointing out that the Golden State has actually incentivized illegal immigration before warning listeners “what Biden is trying to do America, Gavin Newsom has already done to California.”