FAIRFAX, Va. (AP) — Actor Johnny Depp took the stand Tuesday in his libel lawsuit against his ex-wife Amber Heard, whom he says falsely accused him of domestic abuse.

The trial began more than a week ago, but, prior to Tuesday, jurors had only seen the Hollywood star sitting silently with his team of lawyers as each side has tried to embarrass the other in a trial that Heard’s lawyers accurately predicted would turn into a mudslinging soap opera.

Meanwhile, jurors have seen text messages in which Depp uses vulgar language to describe Heard and spells out his desire to get revenge against her. Heard’s lawyers have said he physically and sexually assaulted her on multiple occasions, often in situations where he drank so much he later blacked out. 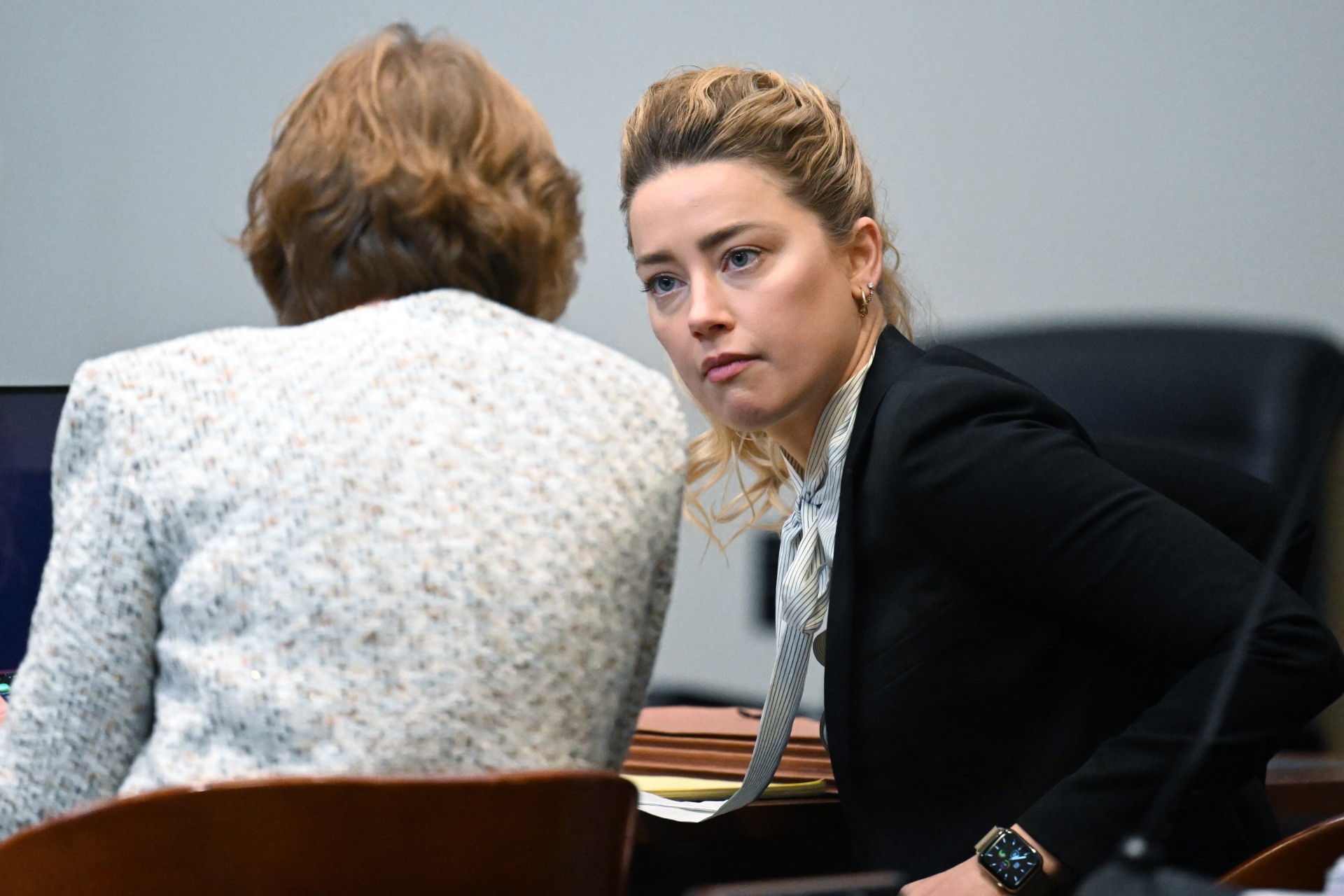 Actress Amber Heard speaks to her attorney in the courtroom at the Fairfax County Circuit Court in Fairfax, Va., Tuesday April 19, 2022. (Jim Watson/Pool Photo via AP)

The lawsuit itself is supposed to be over whether Heard libeled Depp when she wrote a 2018 op-ed piece in The Washington Post about domestic violence. In the article, Heard referred to herself as a “public figure representing domestic abuse.”

She never mentioned Depp by name, but Depp and his lawyers say it’s a clear reference to accusations Heard made in 2016 when the couple divorced and she sought a restraining order against him.

Heard’s lawyers, who have filed their own countersuit against Depp, say nothing in the article libels him. They say the abuse allegations are true, and that the damage to Depp’s reputation — which he says got him booted from the lucrative “Pirates of the Caribbean” movie franchise — came from his own bad behavior.

Depp’s testimony is expected to stretch into Wednesday. Heard is scheduled to testify later in the trial.