President Joe Biden and First Lady Jill Biden went into hiding for the Easter weekend as controversies continue swirling around their family.

The Bidens arrived at Camp David on Thursday afternoon but did not reemerge into the public eye until Sunday afternoon as they traveled back to Washington, DC.

The president and First Lady spent the weekend at the Camp David presidential retreat with their family, but it is unclear what they did or even if or where they attended Easter mass.

As Catholics, it’s possible the family invited a priest to say a private mass for them but the comings and goings of guests to the retreat compound are kept hidden from public view.

Biden’s poll numbers hit an all-time low last week as a Quinnipiac poll showed him at 35 percent approval and CNBC reported an approval rating of 38 percent.

Members of the Biden family traveled with the president and First Lady back to the White House, including their daughter Ashley Biden and a dog as well as Hunter Biden and his wife Melissa Cohen and their young son Beau. 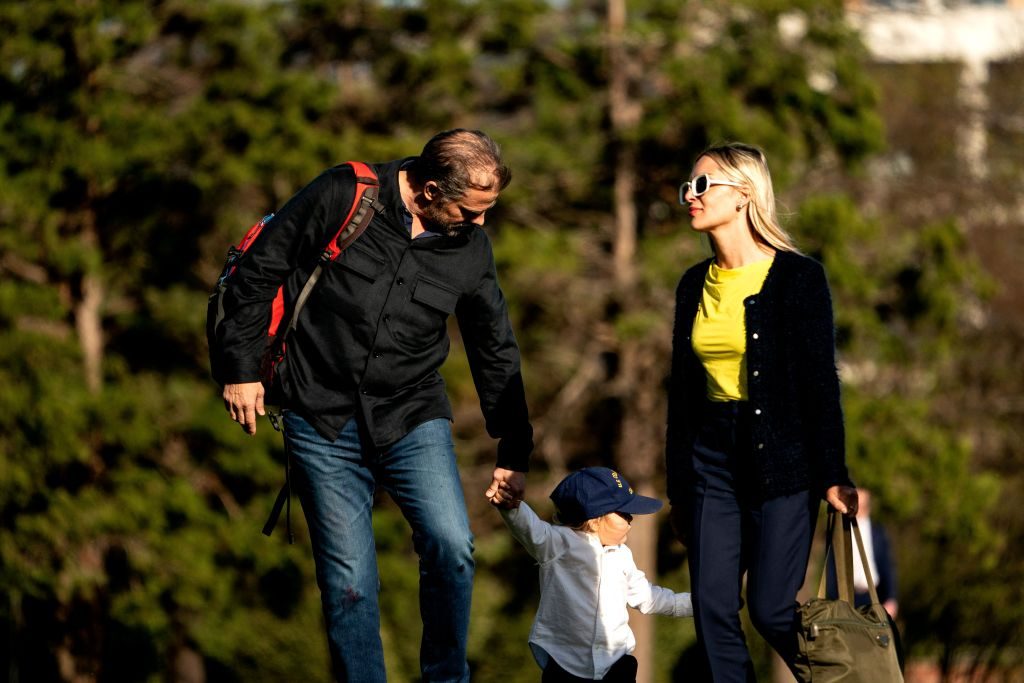 Hunter Biden (L) walks to a vehicle with his son Beau and his wife Melissa Cohen after disembarking Marine One at Fort McNair in Washington, DC, on April 17, 2022, following a weekend at Camp David. (Photo by STEFANI REYNOLDS/AFP via Getty Images)

Biden’s granddaughter Natalie also traveled with the family, according to White House staff.

The Bidens only released a written statement to mark Easter Sunday.

“As we reflect today on Christ’s Resurrection, we are reminded that with faith, hope, and love — even death can be defeated,” they wrote, celebrating “a day of joy and hope, of renewal and rebirth.”

The President and First Lady plan to host an Easter egg roll at the White House on Monday morning and deliver public remarks.