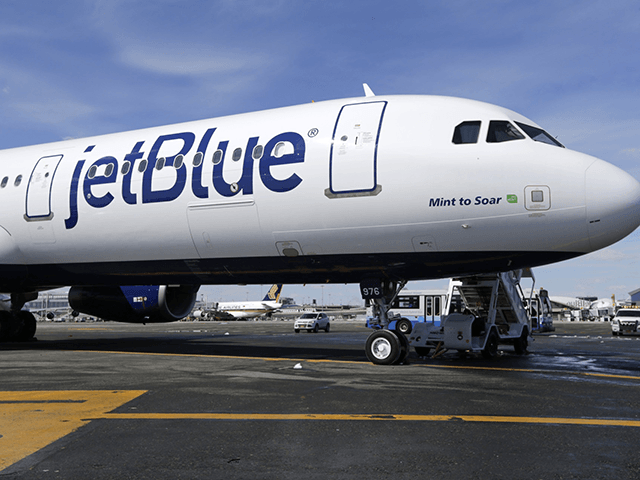 JetBlue intends to scale back its summer schedule as they are “staffing constrained,” according to reports. The reports follow consecutive weekends of flight cancellations and delays.

Citing staffing issues, the airline said it would be adjusting the rest of its April schedule, and more cuts are slated for next month and through the summer, NBC reported.

“Despite hiring more than 3,000 new crew-members already this year, like many businesses, we remain staffing constrained,” JetBlue said in a statement Tuesday, per the outlet.

On Sunday, CNBC reported it had obtained an email from JetBlue Chief Operating Officer and President Jennifer Geraghty to employees, indicating looming capacity reductions next month and through the summer.

“We’ve already reduced May capacity 8-10% and you can expect to see a similar size capacity pull for the remainder of the summer,” Geraghty’s email reportedly said.

“Despite these challenges and, based on your feedback that the schedule is wound too tight, we know the best plan is to reduce capacity now,” Geraghty wrote, according to CNBC. “I think everyone recognizes that the industry still remains very much in recovery mode, so we believe this proactive step is the right decision.”

JetBlue cited “severe weather in the Southeast and multiple air traffic control delay programs” for the cancellations on April 2-3.

@Jetblue nice job cancelling our flight 10 hours before take off with no explanation. We have no hotel, need to return car rental and missing obligations at home. Fourth flight in a row by you where the return flight was changed and third where it was inexplicably cancelled.

Friday’s delays and cancellations were not confined to JetBlue. Southwest and Delta saw 1,348 and 629 delays, respectively, and Spirit Airlines saw delays on 378, or 46 percent, of its flights, while 539 of United’s flights were delayed, Breitbart News noted, citing FlightAware data.

President Joe Biden’s Transportation Secretary Pete Buttigieg has remained silent regarding cancellations and delays that have plagued the airline industry over the past few weeks. However, he did appear on ABC’s The View on Friday to discuss the issue of unruly passengers ahead of the Federal Aviation Administration’s announcement that a pair of alleged ill-behaved passengers would be hit with five-figure fines. During his appearance, guest co-host LeAnn Rimes touched on cancellations.

Just last week there were over 12,000 cancellations and delays alone, and I’m just wondering with all the unruly passengers, with the whole situation, what are you going to do that will ease all of these disruptions that we’re are experiencing while traveling?

Buttigieg side-stepped the issue of cancellations and honed in on passenger behavior:

Look, it’s one thing to be grumpy on a flight. I feel that way sometimes when I get canceled or delayed, but yeah it’s another thing to endanger flight crews and to endanger fellow passengers. We have no tolerance for that. The FAA is actually getting ready to announce record fines on people who have done this. Look, if you’re on an airplane, don’t be a jerk. Don’t endanger your fellow passengers.

But the bottom line is, if you do it on an airplane, and you endanger flight crews and fellow passengers, you will be fined by the FAA and you may be referred to criminal prosecution as well, you might lose the privilege of flying on that airline, period.

Later in the day, the FAA, which falls under Buttigieg’s Department of Transportation, announced proposed fines of $81,950 and $77,272 for two unruly passengers involved in unrelated incidents last summer.