A Carleton Polling survey found that Vance leads Ryan 49.7 to 42.4 percent, by over seven percent.

Given that the margin of error for the poll is 2.5 percent, that gives Vance a comfortable lead over Ryan.

Carleton Polling claimed that they had the most accurate Senate internal polling in 2020. The polling group noted that although voters had a strong recognition of Ryan, many voters soured on him after learning of his voting record.

Carleton also found that voters listed inflation and critical race theory (CRT) as their top issues, and that abortion was a distant third issue:

Without weighting, the results were much closer – @JDVance1 still held a lead, but it was 47.1% to 46.1%. Voters listed inflation and Critical Race Theory was their top two issues with abortion being in a distant third.

The poll should spell trouble for Ryan, as this would serve as a second poll to show Vance beating Ryan. 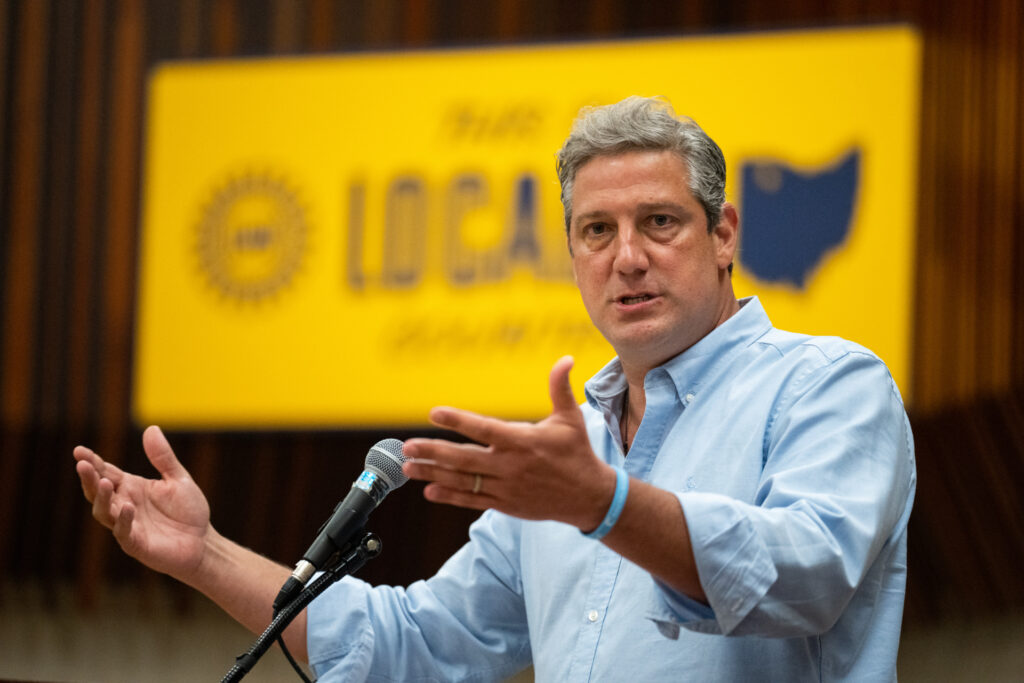 Ryan has refused to take a position on President Joe Biden ending the “Remain in Mexico” program at the United States-Mexico border that cut asylum fraud. Ryan did not make a public statement, nor did he respond to a request for comment from Breitbart News’s John Binder regarding Biden’s controversial ending of the program.

Ironically for Ryan, an NPR/Ipsos poll found that a majority of Americans support the Remain in Mexico program, which includes 44 percent of Democrats.

Vance explained to Binder that Ryan amounts to nothing more than a “do nothing” congressman.

“Joe Biden’s open border is wreaking havoc on Ohio as deadly drugs and violent criminals pour into our state. That problem will become even worse when he eliminates the Remain-in-Mexico policy and Tim Ryan has the power to stop it,’ Vance said.

“Instead, Tim Ryan has chosen to do nothing because he supports Joe Biden’s open border policies and votes with him 100 percent of the time,” he added.

The Carleton Polling survey was conducted between August 18 and 21, contacting 1,850 likely voters. Carleton Polling uses phone calls and focus groups. The survey has a 2.5 percent margin of error.