If that wasn’t disastrous enough, DHS is forecasting a crisis of staggering proportions — between 12,000 and 18,000 daily encounters with illegal migrants — if the courts allow the administration to lift pandemic-era border restrictions.

Personnel is policy, and the ongoing border catastrophe provides an appalling case study. DHS Secretary Alejandro Mayorkas, the man ostensibly tasked with protecting our national sovereignty, is an open borders zealot. He’s directly responsible for this crisis — and Republicans would be wise to heed Rep. Chip Roy’s call to impeach Mayorkas if they retake control of Congress after the midterm elections.

Mayorkas has not merely exhibited incompetence in his role. He has plainly violated the oath he took when he swore to protect the American homeland.

Lest anyone argue this whopping discrepancy is attributable to COVID-19, CBP recorded just 977,000 illegal crossings in 2019 — before the pandemic had reached the U.S. Jeh Johnson, who presided over the agency under President Barack Obama, never saw a surge close to what DHS is currently experiencing — let alone what it’s predicting this summer if the administration lifts the Title 42 provision that allows law enforcement to quickly deport border crossers.

The root cause of this enormous surge is remarkably simple: Mayorkas has acquiesced to the demands of open borders activists. He has taken it upon himself to reinterpret the law rather than enforce it per the terms of his sworn oath.

Look no further than his adherence to Biden’s disastrous executive order halting construction of the border wall. Or his move to dissolve the “Remain in Mexico” program, which requires DHS to return migrants to Mexico as they await hearings rather than release them into the U.S. This is despite a federal court ordering the policy be reinstated.

Just like skyrocketing crime in Democrat-run cities where the law is not enforced, the compounding border surge is entirely predictable. By refusing to enforce existing statutes and actively blocking any attempt to fortify our border, Mayorkas is sending an unmistakable signal to migrants: “Come on over!”

Should Mayorkas be impeached?

Perhaps most disturbing is Mayorkas’ own admission that his policies are “not particularly popular” with Border Patrol agents. In a January meeting with agents in Yuma, one agent expressed the collective exhaustion felt by thousands of men and women who protect our southern border. Mayorkas, he said, turned his back on them the day he was appointed.

Extreme assaults on our security call for a proportional response, and Biden’s DHS represents a full capitulation to the radical left. With congressional Democrats expected to get trounced in November, the path forward is clear. In 2023, a GOP House majority ought to impeach Mayorkas.

From there, vulnerable Senate Democrats will be put in an impossible position. Vote to acquit Mayorkas, and they jeopardize their tenuous re-election bids even further. Break ranks and vote to convict, and what little energy Biden has left in him will evaporate as the country sees his presidency for what it is — a feeble sham that can’t even command the support of his own party.

In short, even if the impeachment vote fails in the Senate, Republicans — and the nation — win. The White House might even push Mayorkas to resign to spare the president such an embarrassment.

Biden’s administration is already proving to be an unmitigated disaster. Come November, conservatives will have the means to fight back. They can start by impeaching the man Biden hired to dismantle our border — along with the safety and prosperity it provides to Americans everywhere. 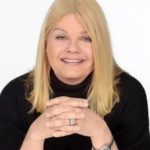