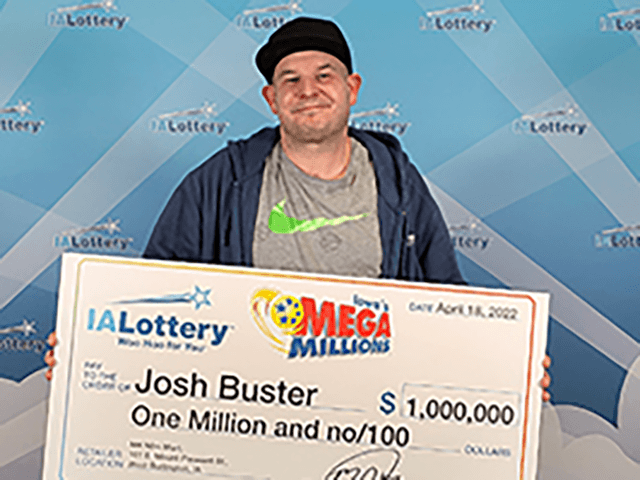 A prep-chef from Iowa suspects his one million dollar lottery win was due to a clerk’s printing mistake when he bought his ticket.

Forty-year-old Josh Buster of West Burlington explained that when he went to play the lottery at MK Mini Mart for the April 15 Mega Millions drawing, he asked for five easy-pick plays, the Iowa Lottery said in a press release. The clerk mistakenly printed one play and then offered to print the remaining four on a separate ticket.

“I feel like that changed the numbers that I would have gotten if he had put them all on one instead of making that mistake,” Buster said.

The prep chef, who works at a Burlington restaurant, said he learned he hit it big on April 16.

“I got up to go to work early in the morning. I opened up the lottery app and scanned my tickets,” he told the Iowa Lottery. “I always keep my tickets in the console of my car. And I scanned it in the car and freaked out and ran back inside.”

He initially thought his eyes were deceiving him.

“I don’t usually have good luck, so I thought it was a mistake and there was going to be an error,” he explained. “So I Googled the lottery numbers to make sure I had the right ones, and I did! And then the rest of the day, I’m just waiting to wake up from a dream.”

Buster hit the first five numbers but missed the “Mega Ball.” He would have won the $20 million jackpot had he hit on the final number, according to the Iowa Lottery.

Buster went to the state lottery headquarters in Clive to claim his prize on April 18. He plans to pay off his car and mother’s mortgage before putting the rest away for retirement.