“Inflation is always and everywhere a monetary phenomenon in the sense that it is and can be produced only by a more rapid increase in the quantity of money than in output.” — Professor Milton Friedman

“You want to bring down inflation? Let’s make sure the wealthiest corporations pay their fair share.” — President Joe Biden

Inflation is the relationship between the quantity of money in circulation and the supply of goods and services.

Government and central banks can create money, but they can’t create oil, copper, food, housing, hip surgeries or Tootsie Rolls. But government can create conditions that stifle the production of these things through taxation, regulation, import restrictions and arbitrary credit restrictions.

The basic rule in dealing with inflation, if you are a Democrat, is to blame everyone and everything. Never look at your own insane monetary and fiscal policy. Then, start tinkering with the economy to show that you care.

Massive Peanut Butter Recall Issued After People Begin Falling Ill, Here’s How to Tell If You Need to Trash Yours

Republicans have played the game as well with wage and price controls by President Richard Nixon and WIN buttons (Whip Inflation Now) promoted by President Gerald Ford. But Democrats are better at the game.

Being old enough to remember the inflation of 1960 to 1980, the tried and true response is to blame greedy corporations. From that follows the imposition of “windfall profit” taxes. Of course, inflation was only 1.5 percent under President Donald Trump, so corporations must have undergone tremendous change very quickly, with greedy people taking them over just to frustrate Biden. That includes, of course, many of the woke corporations run by progressives. They have raised their prices as well.

The problem with price-fixing is well established; attempts go back to the Code of Hammurabi in ancient Mesopotamia. It was tried by the Greeks and Romans, especially under Diocletian. The church (allied with the government) tried price-fixing based on the “just” price during the Middle Ages.

Almost all socialist governments do the same, to some degree or another. The Medicare codes, which fix prices for specific procedures, are a good example. So is rent control in Democrat-controlled cities like New York.

If you establish a price above what the market determines through free exchange, based on real supply and demand data, you will create surpluses.

If you fix prices below the real cost of production, based on free exchange and real supply and demand, you will create shortages. This is the most common outcome.

A spinoff of shortages is long wait periods (waiting in the queue) and rationing, which is simply an attempt to equalize the misery of shortages.

An interesting book written during the last great inflation period was “Forty Centuries of Wage and Price Controls” by Robert Schuettinger and Eamonn Butler. The conclusion of the book, after exhaustive historical examples, is that wage and price controls have never worked anywhere, at any time in history.

The reason they never work is that they never address the underlying cause of inflation: excessive government spending funded by monetary creation.

Hammer: Biden Admin Seems to Be Engaged in a Cold War Against the Entire American Citizenry

The softer version of price controls is jawboning, or attacking corporations for what the government has caused.

Jawboning is an attempt to deflect blame onto someone else, typically business owners. Sometimes this gets very ugly when particular religious or ethnic groups are cited as fueling inflation. Sometimes it has been Jews, sometimes the Chinese and Koreans, and sometimes kulaks.

Then there is usually an attack on “hoarders.”

Hoarding is a rational response to expected shortages. But governments are against hoarding and prefer rationing. If you try to get the supplies you need, you are to be condemned as a hoarder. If your costs go up, you will be accused of exploitation and price gouging if you pass those costs along. If you correctly anticipate inflation and profit from it, you will be called a speculator. In all these cases, the government simply blames individuals and corporations for responding to something the government itself created.

Finally, there is what could be called “the switch.”

A good example has actually been proposed: Drive up the cost of fuel by harassing and regulating oil producers, forcing the “green” agenda, and printing excessive money. Then come to the rescue by sending the public a check so they can deal with the high fuel costs.

A variation of this scheme was the stimulus checks. Shut the economy down using coronavirus restrictions, causing great pain. Relieve some of that pain by sending checks to those harmed to hopefully make them grateful and dependent.

As to what to do to really fight inflation, the following steps are necessary. If inflation is too much money chasing too few goods, one needs to decrease the amount of money and increase the supply of goods.

Increase the supply of goods by deregulating and rewarding production. Avoid at all cost wage and price controls, rationing, and windfall profit taxes. Foster vigorous competition, knocking down legal and regulatory barriers that block new producers from entering the market.

If the program is both credible and consistent, consumer hoarding will stop as the public learns there is no rational reason for doing it. When supplies of goods and services are reliable, and if prices moderate, there is no reason to buy before prices climb even further.

It takes time to break the back of inflationary psychology. However, if the underlying cause — too much money and too few goods — is addressed, inflation will subside. 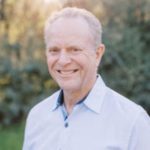