The poll, conducted by GQR Research/EDF Action, shows Grisham leading by about four percentage points with 48 percent compared to Ronchetti’s 44 percent. The margin of error, though, is +/- 4.4 percentage points — putting the two in a statistical tie. 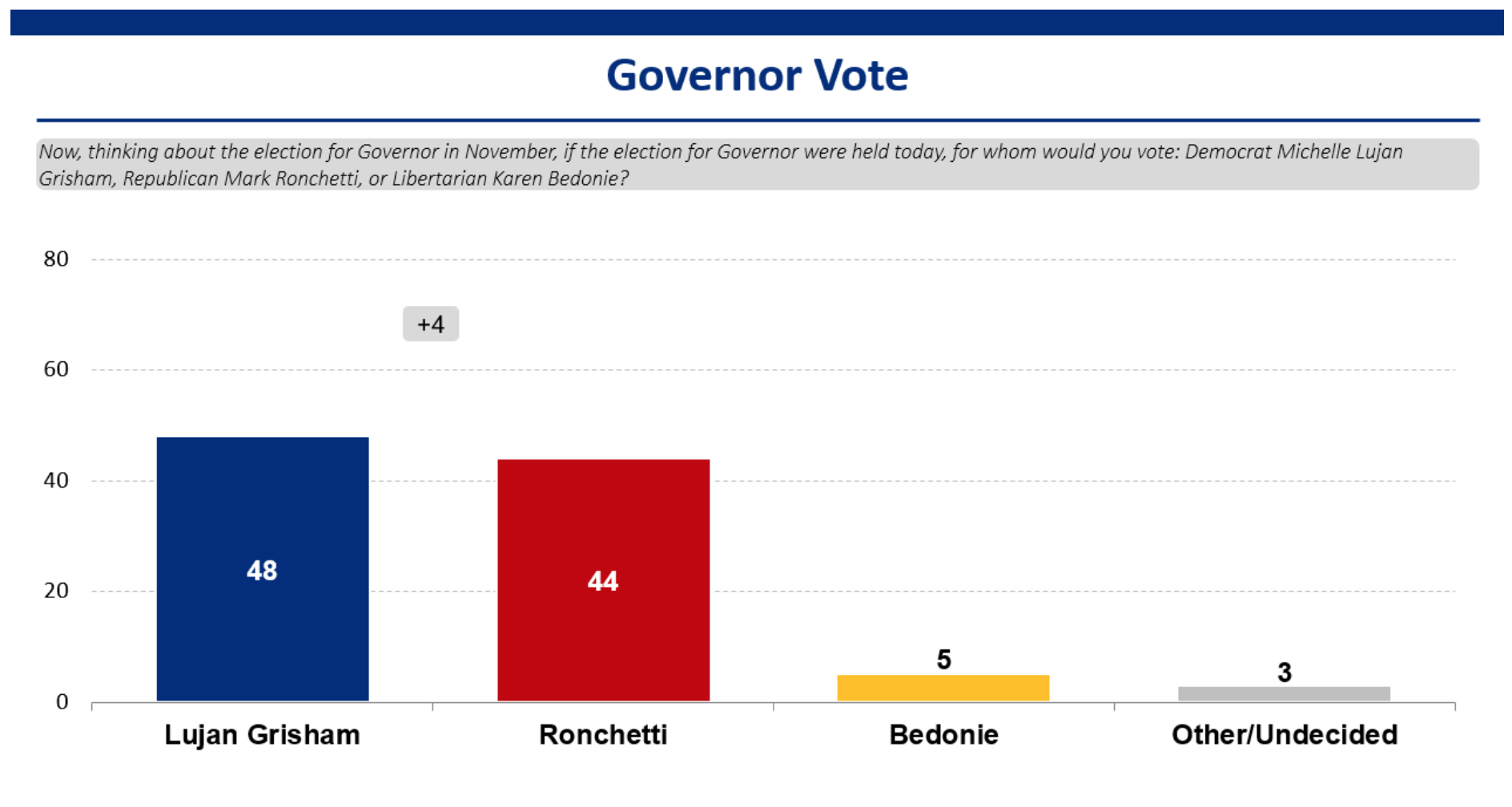 The poll reveals that Grisham is leading among the state’s Hispanic population with 56 percent to Ronchetti’s 37 percent. With all voters, Grisham is viewed unfavorably by 44 percent of voters and favorably by 52 percent.

Among Hispanic voters, Grisham’s favorability jumps to 61 percent while her unfavorability drops to 36 percent.

The latest poll comes after a poll from June likewise showed that Grisham and Ronchetti are in a statistical tie. In that poll, Grisham led with 45 percent to Ronchetti’s 42 percent with a margin of error of +/- 3.9 percent.