The Tennessee arm of the Republican National Committee (RNC), the Tennessee GOP, reinterpreted its bylaws this year in a concerted effort by some party insiders to block primary ballot access for among others a congressional candidate that former President Donald Trump supports.

Trump has endorsed Morgan Ortagus, the former State Department spokeswoman who worked for several years in his administration, for the new congressional district in Nashville created by redistricting efforts from the state legislature. Some party insiders viewed Ortagus and fellow candidate Robby Starbuck as carpetbaggers, because they were new to middle Tennessee having moved there in the past couple years, and so for the past several months these Tennessee GOP insiders devised a number of strategies to try to keep Ortagus and Starbuck off the ballot.

Given the heavy hand of just a few party insiders doing this, if Ortagus can find a way back onto the ballot she could be an even more formidable candidate now than before because she can run not just with Trump’s endorsement but also as an outsider the insiders did everything humanly possible they could to keep her off the ballot.

Trump’s endorsement of Ortagus drew some criticism from the American right, who thought Starbuck was more worthy of it despite Ortagus’s years-long service in the Trump administration as the spokeswoman for then-Secretary of State Mike Pompeo. But this push from Tennessee GOP officials came at the behest of other candidates — not Starbuck — as the effort punished not just Ortagus but the social media character as well.

Candidates likely to benefit from the change in how rules are interpreted in Tennessee include Beth Harwell, the former speaker of the state House in Tennessee, as well as Andy Ogles, the Maury County mayor, among others. 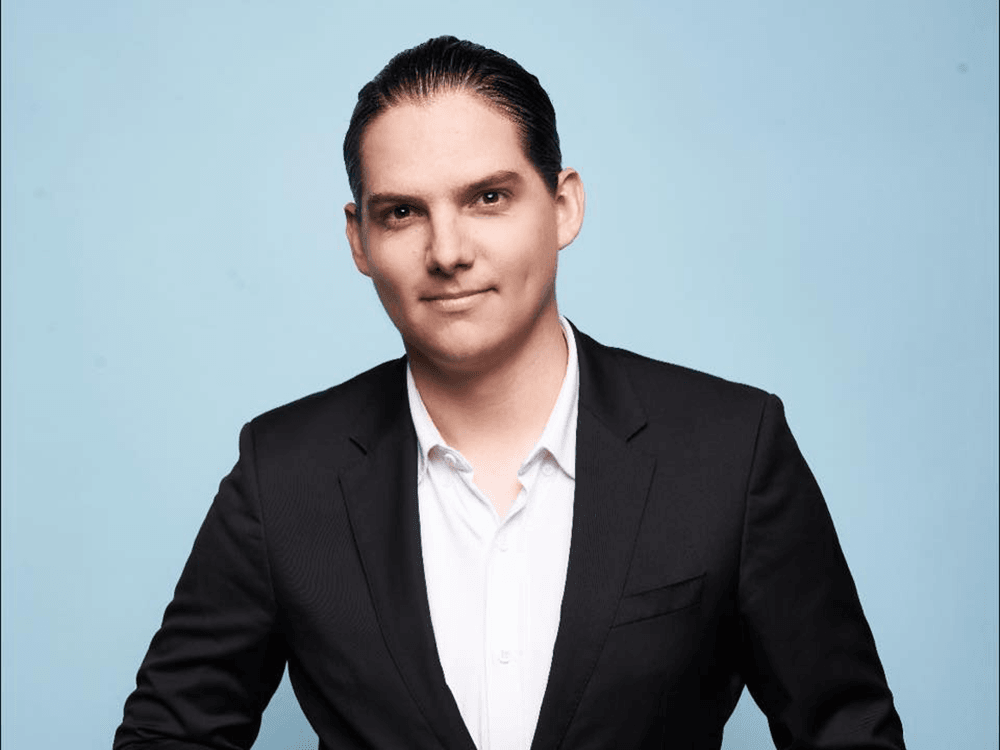 Specifically, first, earlier this year, state Sen. Frank Niceley — who would later make antisemitic comments against Ortagus, who is Jewish — introduced legislation in the legislature that would have implemented statutory residency requirements in a congressional district beyond those laid out in the U.S. Constitution. The Constitution simply requires that a person be at least 25 years old, a resident of the state they seek to represent, and a U.S. citizen for at least seven years to be eligible to serve in the U.S. House of Representatives. 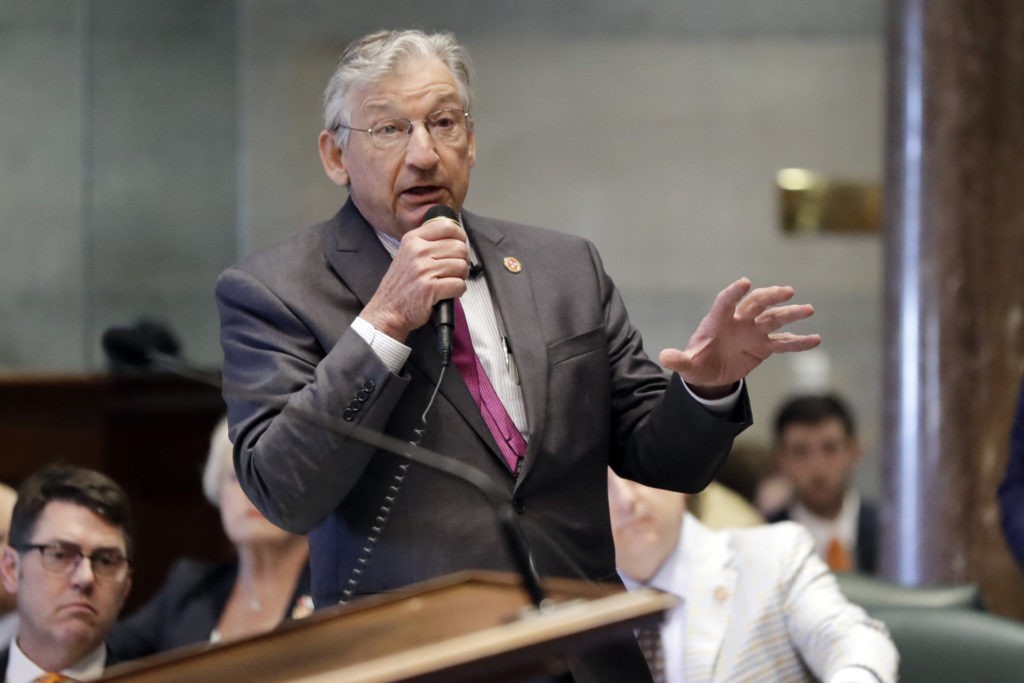 Niceley’s bill, which passed the legislature and became law without a signature from GOP Gov. Bill Lee, adds additional residency requirements beyond the Constitution for U.S. congressional candidates in Tennessee. Specifically, it adds to state law a requirement that candidates for U.S. House and U.S. Senate in Tennessee — as state law already required for state House and state Senate candidates — be residents of the state for at least three years before being eligible to qualify as a candidate in a primary election. 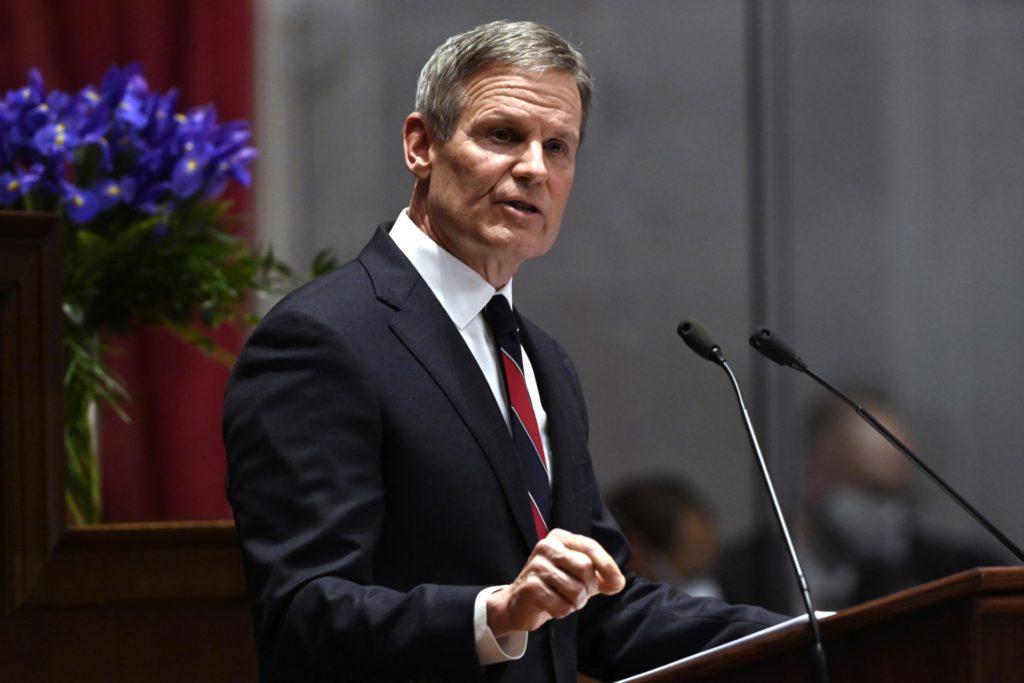 When the bill became law after Lee declined to sign it or veto it — it automatically became law after 10 days of inaction from the governor — state election officials sought to at first say that since it became law after a deadline for candidates to file in the fifth congressional district it would not affect already-eligible candidates.

“The requirement does not apply retroactively to candidates who met the qualification deadline at noon on April 7,” a spokeswoman for Tennessee’s Secretary of State Tre Hargett told the Associated Press.

The governor’s spokesperson also issued a statement to the Associated Press saying, “We feel the voters are best able to determine who should represent them in Congress.”

In the immediate aftermath of that, there has been some confusion as to what the actual deadline is—whether it was April 7 or actually April 21. The Tennessee Star, a local conservative outlet that has been championing the eligibility challenges to Ortagus, Starbuck, and others for months, wrote a piece about the Associated Press story questioning the statement the Secretary of State’s office issued to the wire service.

That confusion about the deadline led to the latest developments on Tuesday evening, where a panel of 17 party officials in the state GOP in Tennessee voted to keep Ortagus and Starbuck and Lee off the ballot. Technically, per the Star’s reports, per challenges filed about the “bona fide Republican” eligibility of these candidates well before April 7—filed with the state party’s executive committee—they were not officially candidates as of that date and had to file appeals to the challenges with the state GOP executive committee that were heard and voted on on Tuesday evening.

Those challenges to their eligibility—filed with the state Republican Party—were technically separate from the new law’s requirements. Those challenges were based on a reading of the definition of what is considered a “bona fide Republican,” per bylaws of the Tennessee Republican Party. Per the state party bylaws, the definition of a “bona fide Republican” is anyone who has voted in at least three of the last four statewide GOP primary elections or for that person to be “vouched for” to the satisfaction of the state’s GOP executive committee. They also need to pay certain fees to the state party, fees that differ based on which office they are seeking.

It is on April 21 that the state party sends to the Secretary of State its list of bona fide Republican candidates for various offices to be included on the ballot in August’s upcoming primary—and since at the state party executive committee votes on this on Tuesday evening Ortagus, Starbuck, and Lee all had their appeals denied by majority votes from the 17-member panel, they are denied as of now access to the GOP primary ballot in August.

“I am deeply disappointed in the SEC’s decision,” Ortagus said in response to the state party’s move. ”I’m a bonafide Republican by their standards, and frankly, by any metric. I’m further disappointed that the party insiders at the Tennessee Republican Party do not seem to share my commitment to President Trump’s America First policies. As I have said all along, I believe that voters in Middle Tennessee should pick their representative – not establishment party insiders. Our team is evaluating the options before us.”

What’s more, antisemitic comments by Niceley — the state senator who hatched the origins of the plan months ago — on Tuesday night could further harm efforts to keep Ortagus off the ballot. Niceley, in an interview with NBC News, had according to NBC’s Allan Smith “suggested that only Jewish members of Trump’s family cared about Ortagus’ candidacy because of her Jewish faith.”

Trump’s daughter Ivanka and her husband Jared Kushner are Jewish.

In response to Niceley’s comments, Ortagus blasted him as antisemitic.

“Anti-Semitism is the oldest and one of the most vile forms of hatred on this earth, and Senator Niceley should be ashamed of his repeated anti-Semitic rhetoric,” Ortagus said. “I am incredibly proud to call myself a part of the Jewish people, and I have always called out anti-Semitism when I see it in all of its forms. I will condemn anyone who traffics in this hate-mongering. Senator Niceley’s repulsive words could not be more clear in disparaging the Jewish people. This racism cannot stand.”

Another element of Niceley’s comments — the idea that Trump himself would not care if Ortagus was booted from the ballot — is also controversial and incorrect, according to Trump’s team. Others, including Republican National Committee (RNC) committeewoman from Tennessee Beth Campbell have similarly promoted this inaccuracy. In an April 10 email to other state party insiders that the Tennessean revealed, Campbell wrote that she “checked with my RNC sources and they are telling me Trump is OK with TRP [Tennessee Republican Party] removing Morgan Ortagus.”

“That is a dirty lie, which should not surprise anyone, given there are RINOs in Tennessee trying to quietly pull strings and illegally remove President Trump’s endorsed candidate, Morgan Ortagus, from the ballot,” Budowich told the newspaper.