Germany Suffering ‘In the Most Brutal Way’ Over Russian Gas Addiction 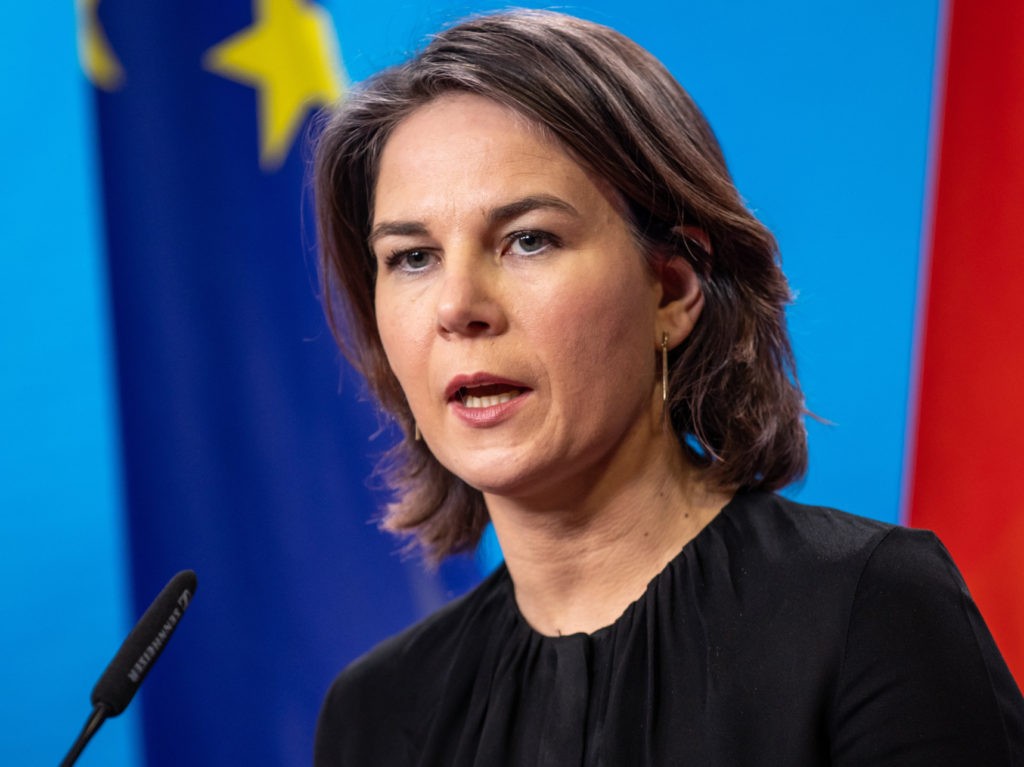 Germany’s addiction to Russian gas has come to backfire on the European state, with one minister saying that the country is now suffering ‘in the most brutal way’ thanks to the policymaking of previous administrations.

Annalena Baerbock, a senior member of Germany’s Green party who is now serving as the country’s Federal Foreign Minister, has said that her nation is now suffering “in the most brutal way” as a result of its addiction to Russian gas.

Baerbock’s comments come as German authorities prepare for Russia to cease its supply of gas to the country, after the G7 nation outright refused to pay for its Russian gas fix in rubles.

According to a report by POLITICO, Baerbock took aim at the decisions of previous political administrations, saying that it had been obvious for a long time that relying on Russian fuel was not a good idea.

“Actually, we as Europeans have known since 2014 at the latest… that we must become completely independent of Russian fossil fuel imports, and a strategy was put in place to diversify our energy imports,” the Foreign Minister is reported as saying.

“However, we did not tackle this, and this is now taking its revenge in the most brutal way,” she continued.

The foreign minister’s sentiments were echoed by her Green party colleague, Economy and Climate Minister Robert Habeck, who also slammed the complacency of previous German governments.

“Energy policy is always power policy, is always interest policy, is therefore always security policy,” Habeck said. “And if you look back, you almost can’t understand how we could be so blind to overlook that.”

“We knew, or we could have known, that it was not only stupid to place all our security policy cards on just one country, but that it also wasn’t a smart idea to put them on that particular country,” he continued. “We have to acknowledge that we acted wrongly in the past.”

It is not as if Germany was not warned, and in strong and public terms, about the consequences of its dependence on Russia for gas. Former U.S. President Donald Trump made this a major feature of his criticism of Germany and its place within NATO in 2018. Ironically, he was criticised at the time for — critics claimed — weakening NATO by pointing out that its members were becoming beholden to Russia for energy.

While recognising that relying so heavily on Russian gas might indeed be something worth acknowledging, doing so will likely not rescue Germany from its current crisis.

Although such a major reliance on Russian supply had already been causing Germany serious difficulties, even before Vladimir Putin’s invasion of Ukraine, the central European nation’s refusal to start paying for its habit in rubles has resulted in Russia threatening to cut supply.

As a result, German authorities have begun preparing for the worst-case scenario, taking measures to ensure that homes continue to receive the much-needed fuel even in the event that Russia stops supplying the hydrocarbon, though likely at the expense of German industry.

“The crisis team analyzes and evaluates the supply situation so that – if necessary – further measures can be taken to increase the security of supply,” Habeck said regarding the measures being taken. “The federal government is doing everything it can to continue to ensure security of supply in Germany.”

Ultimately, despite the emergency measures being put in place, being cut off from Russian supply at this stage would almost certainly mean serious economic damage for Germany.

Russia, meanwhile, has said that it will not be demanding payment in ruble immediately, instead saying that there would be a gradual transition to Russia’s domestic currency.

State officials however clarified that the transition towards the Russian currency would likely encompass much more than just gas, but also commodities such as grain, fertilisers, and timber.