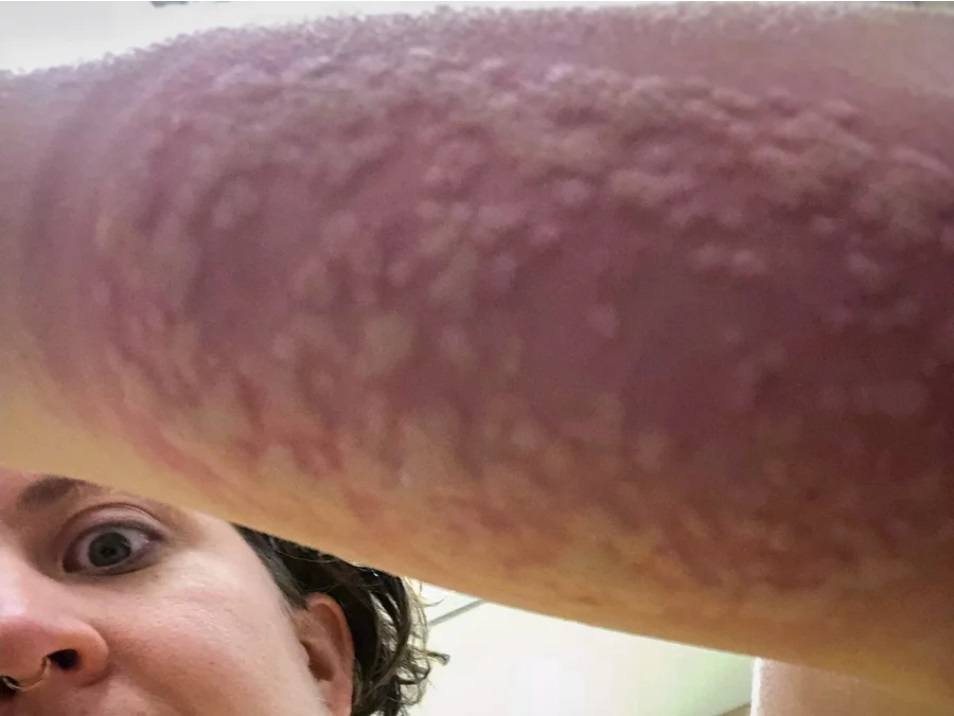 Carolina Reid’s arm swelling after being bitten by 200 mosquitoes at once in order to be dosed with the experimental malaria vaccine. Image source.

A new study published last month in Science Translational Medicine used 200 mosquitoes to deliver live malaria-causing Plasmodium parasites that had been genetically modified to inject malaria into the arms of human test subjects in a new vaccine trial.

One Seattle morning, Carolina Reid sat in a room with nine other volunteers, each waiting to take part in a clinical trial for a new, experimental malaria vaccine.

Reid’s turn came. She put her arm over a cardboard box filled with 200 mosquitoes and covered with a mesh that keeps them in but still lets them bite. “Literally a Chinese food takeout container” is how she remembers it. A scientist then covered her arm with a black cloth, because mosquitoes like to bite at night.

Then the feeding frenzy began.

“My whole forearm swelled and blistered,” says Reid. “My family was laughing, asking like, ‘why are you subjecting yourself to this?’” And she didn’t just do it once. She did it five times.

You may be thinking – this is a joke, right?

But it’s not. “We use the mosquitoes like they’re 1,000 small flying syringes,” explains University of Washington, Seattle physician and scientist Dr. Sean Murphy, lead author on a paper in Science Translational Medicine released on August 24 detailing the vaccine trials.

The insects deliver live malaria-causing Plasmodium parasites that have been genetically modified to not get people sick. The body still makes antibodies against the weakened parasite so it’s prepared to fight the real thing. (Source.) 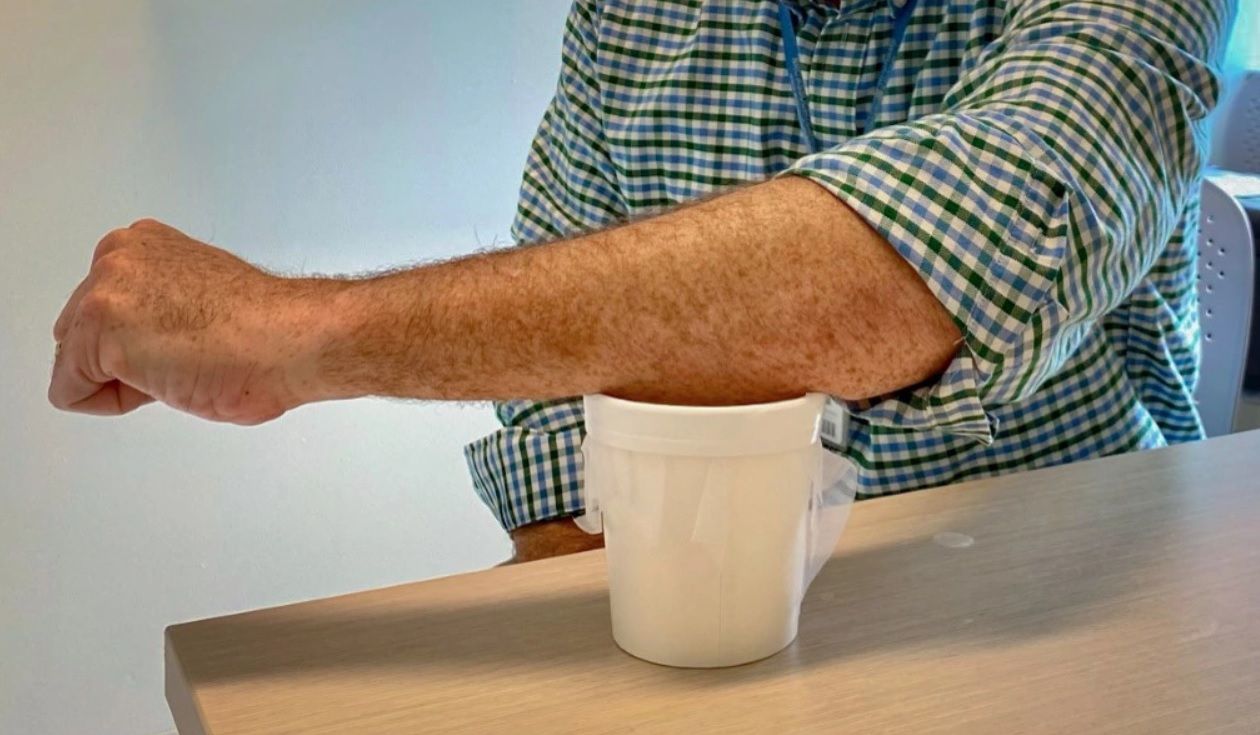 The author made it a point to state: “To be clear, Murphy’s not planning to use mosquitoes to vaccinate millions of people.”

Do you believe him?

And even if Dr. Murphy himself is not planning on using the technology to mass-vaccinate people, what is to stop others from doing so?

Bill Gates, for example, has already spent $BILLIONS on developing a malaria vaccine over the past decade, and last year he funded a biotech firm that released genetically modified mosquitoes in the Florida Keys. (Source.)

Carolina Reid, who was paid $4,100 to participate in the study, tested positive for malaria and was not able to finish the study.

But that reportedly did not dampen her enthusiasm:

“I actually cried when they told me I had malaria because I developed such a close relationship with the nurses,” Reid says. She wanted to continue through the trials, but her infection made her ineligible. She was given a drug to clear her case of malaria and sent home.

Her experience was so positive that she went on to participate in clinical trials for a bird flu vaccine and the Moderna COVID-19 vaccine. She says that she will continue to enroll in vaccine clinical trials “for the rest of my life actually.” (Source.)