Ford to Cut About 3K Jobs amid Transition to Electric Vehicles

The company’s internal email to employees said it would begin notifying the affected salaried and agency workers in the next few days, according to the newspaper which reviewed the email.

“The workforce reduction mostly targets employees in the U.S., Canada and India. About 2,000 of the targeted cuts will be salaried jobs at the Dearborn, Mich., auto maker. The remaining 1,000 employees are working in contract positions with outside agencies, the company said,” the article continued.

The email reportedly said the company was changing to embrace updated technologies.

Per the Journal article, Chief Executive Jim Farley said Ford had too many employees “and that the existing workforce doesn’t have the expertise needed to transition to a portfolio of electric, software-laden vehicles.”

Ford recently increased the starting prices of its electric F-150 Lightning truck by over $8,000 because of material costs rising and additional factors. 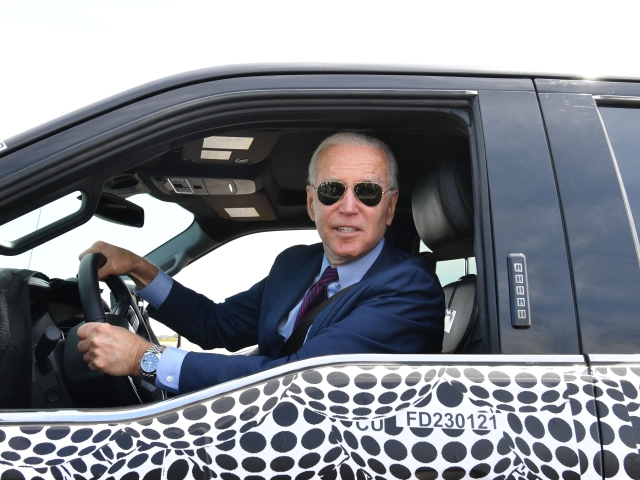 “The president also urged oil companies to produce more on their existing federal land oil leases, but said he would not back down on environmental standards or the pursuit of green energy,” Breitbart News reported.

The Journal report continued, “Ford is pouring money into EVs in an effort to close the sales gap with Tesla Inc. The company has said it would spend about $50 billion through 2026 to develop electrics, targeting global sales of two million by then.”

Last year, Ford reportedly planned to relocate a $900 million investment intended for an Ohio plant to a site in Mexico, the United Auto Workers (UAW) union alleged at the time.

However, the recent Journal report did not say any jobs were being cut in Mexico.