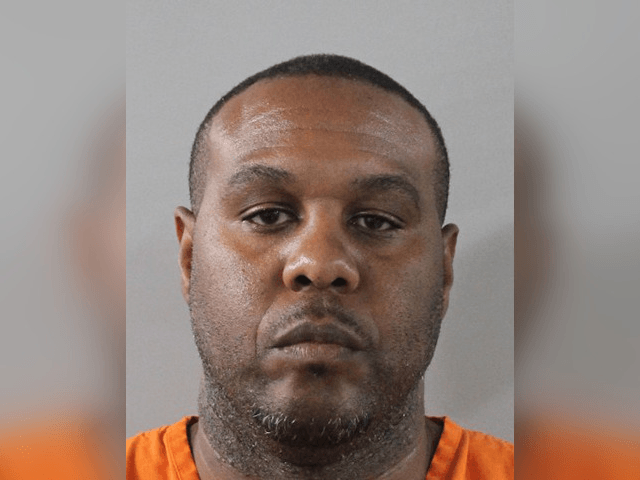 A Florida high school history teacher has been arrested for having sexual correspondence with two female students, aged 18 and 14, and allegedly molesting the 14-year-old at the school, the Polk County Sheriff’s Office announced.

On Thursday, the PCSO arrested 39-year-old Derek Stribling of Lakeland hours after receiving word of his sexually explicit messages, WTSP reported. Polk County Sheriff Grady Judd noted that Stribling is a history teacher, dean of students, basketball coach, and life-management coach at Crossroads Christian School in Lakeland, according to a press conference shared by WTVT.

The 18-year-old girl, identified by Judd as “Victim Number One,” was one of Stribling’s students at the school and informed investigators that on Valentine’s Day, the 39-year-old teacher requested her phone number, authorities said. “He reportedly told her he could check up on her following an argument she had with her dad, investigators said,” according to WTSP.

“Stribling told the victim that she had a ‘D’ in his class, and she could get extra credit to help her grades,” the sheriff’s office told the outlet via email. “He initiated a sexual conversation via text and on the FaceTime app.”

Investigators said Stribling pleasured himself while showing the student his private regions. He also attempted to get the 18-year-old to meet him for oral sex in a hotel parking lot, but the student refused to go, the PCSO said. Judd said she declined because he was married.

Judd noted that the investigation showed her grade ended up being an ‘A.’

“Isn’t that amazing?” Judd asked reporters. “So he used his position as her teacher and her low grade as the nexus, and they talked the nasty.”

The 18-year-old communicated with a 16-year-old, identified as “Victim Number Two,” who told Victim Number One that Stribling “did the same stuff with her” when she was 14 years old, Judd said.

“The nasty video clips, the inappropriate behavior, the sexual content, and on one occasion, and I’m not gonna stutter here, the suspect kissed and fondled the 14-year-old at the school in the equipment closet about two years ago,” Judd explained at the press conference.

Investigators say the educator, who was Victim Number Two’s basketball coach, asked her to meet him in the closet.

She refused to meet Stribling when he allegedly attempted to meet the child so he could molest her, the child said, according to the PCSO.

He is charged with lewd or lascivious molestation of a victim older than 12 years old but younger than 16 years old by a person over 18 years of age, lewd and lascivious conduct, two counts of a sex offense on a student by an authority figure, and transmitting harmful material to a minor, online inmate records show. He has made bail for $90,000, according to the records.

“We really, really, really fear there are other victims out there like this 16-year-old that were afraid, that didn’t report it, that think ‘well maybe I did some haha fun fun talk’ – no, that’s not alright,” Judd said. “He’s in a position of authority over her and them. We truly believe, based on his pattern and conduct, there very well may be other victims and we want to know about that.”

President Rich Wead of Children’s Educational Services, which runs the Crossroads Christian School, told WTSP that Stribling, who started his employment at the school in August 2019, was fired Friday morning. He noted that all employees complete background checks and undergo vetting, adding that the school takes the allegations seriously. He declined to comment further to protect the students, their families, and the investigation’s integrity, WTSP said.