Speaking from Nacion de Fe in Kissimmee, Florida, the governor made it clear that they are committed to “defend those that can’t defend themselves.

“We are here to protect life,” DeSantis declared, announcing his intention to sign HB 5.

“This is a time where these babies have beating hearts. They can move, they can taste they can see they can feel pain, they can suck their thumbs and they have brain waves,” DeSantis said, noting that this move represents “the most significant protections for life that have been enacted in this state in a generation.”

He briefly spoke of the radical views of the far-left, who are attempting to normalize abortion even up to nine months:

And if you look what’s going on in certain segments of our society, particularly amongst people who are affiliated with the far left of our political spectrum, of course, that’s overrepresented in places like Hollywood, in the media and obviously in one of our major political parties, but they are now taking the position that babies can be aborted up to the ninth month. Literally, you can go back, for you parents, and those are some of the most significant experiences of my life to hold your child for the very first time. What they would say is parent holding that child, if you just go back a day or two, then you would have been able to snuff the child out entirely?

“That is just fundamentally wrong. That is infanticide, and that has no place,” DeSantis said, noting that the mentality has “really shocked the conscience in our society” and mentioning the horrifying story of pro-life activists discovering the remains of 115 aborted babies in Washington, D.C.

“They found all these remains of babies and they found five who were basically infants premature. They would have been but they would have been able to survive, you know, outside the womb. And yet Washington D.C. is treating that just like we would treat the trash from our lunch or something like that,” he said.

“It’s really horrifying to see that that could go on in our country, but particularly in our nation’s capital, and so that is callous. That is wrong,” DeSantis continued, making it clear that “we will not let that happen in the state of Florida. 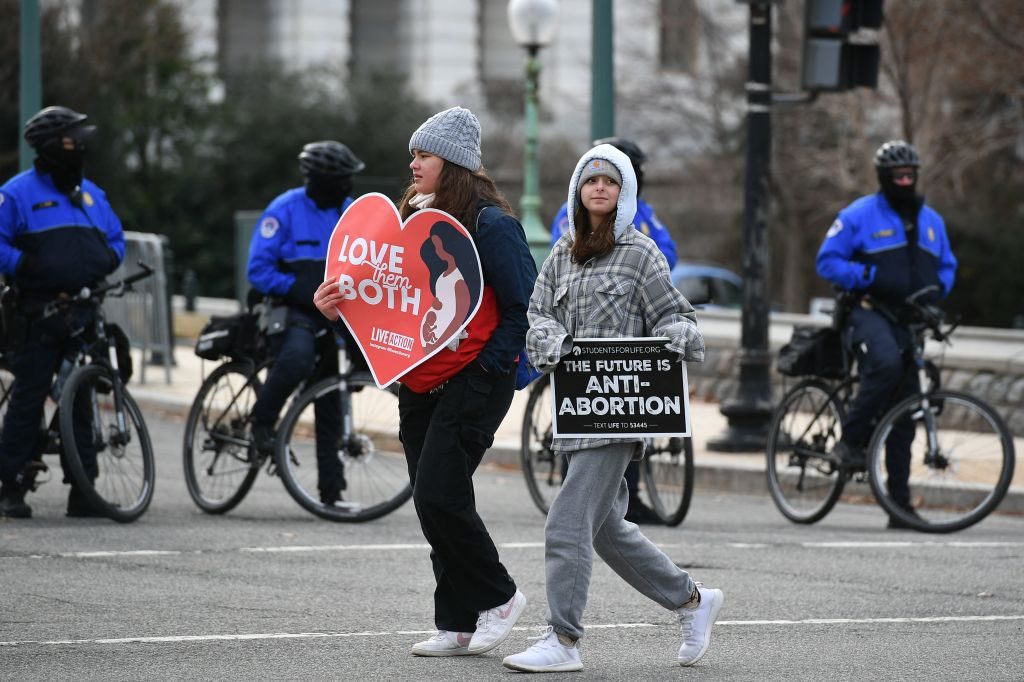 Pro-life activists march during the 49th annual March for Life, on January 21, 2022, in Washington, DC. ( MANDEL NGAN/AFP via Getty)

The bill itself, DeSantis explained, “will provide protections for unborn children from abortion when the child reaches 15 weeks of gestational age.”

“Of course, these are babies that have heartbeats and that can feel pain and can move as we said, the bill also expands fetal infant mortality review committees across the state which engage medical professionals and communities to review infant mortality cases and recommends reduction efforts tailored to their communities,” he said, noting that it also “requires hospitals with laboring delivery services to participate in Florida, prenatal quality collaborative initiatives which reigns from opioid recovery programs to reducing cesarean overuse in deliveries.”

“This requirement will move Florida to a statewide standard for quality birthing services and evidence based interventions around issues like opioid abuse that cause higher rates of infant mortality,” he added.