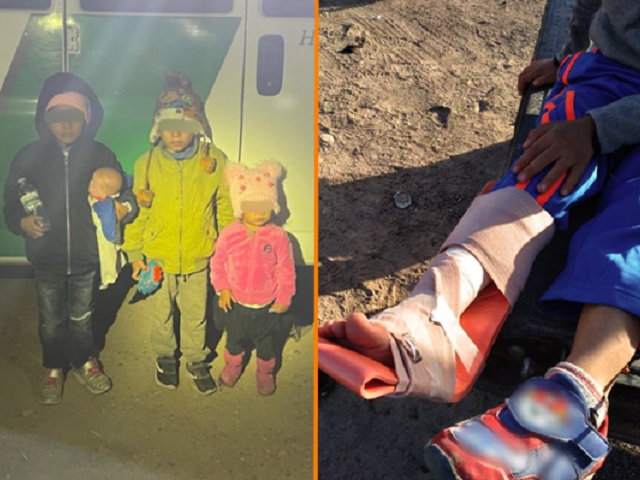 Del Rio Sector Border Patrol agents found five unaccompanied migrant children along the Texas side of the Rio Grande. One of the children, a six-year-old boy, suffered an injury while crossing the river by himself.

Del Rio Sector Chief Patrol Agent Jason D. Owens tweeted photos of four unaccompanied migrant children found by agents along the Texas side of the border with Mexico. The children ranged in age from one to six years.

This is dangerous. This is wrong. This is tragic. pic.twitter.com/bZ2gFIn6df

Chief Owens expressed his frustration with the cruelty of the smugglers who move children across the river with no family members present. “This is dangerous,” he said. “This is wrong. This is tragic.”

In another tweet, Owens reported an unaccompanied boy sustained an injury while attempting to cross the Rio Grande. An agent jumped into the river to rescue the six-year-old boy.

Not just endangered, this time injured…

A young child injured himself crossing the Rio Grande. Our agents leapt into action, bandaging his wound & getting him to the hospital.

DYK: Many of our agents volunteer to become EMTs, just to help others like this. pic.twitter.com/D0hygoV7y5

Agents bandaged the child’s wounds and transported him to a local hospital for treatment.

“Many of our agents volunteer to become EMTs, just to help others like this,” the chief stated.

The crossing of unaccompanied migrant children in the Del Rio Sector happens on a regular basis.

The crossing of unaccompanied migrant children along the Texas border with Mexico is dangerous and can lead to the type of injuries noted above, or even death.

In mid-March, agents found the body of a four-year-old child who was ripped from his mother’s arms as she crossed the swiftly moving currents of the Rio Grande.

Unfortunately, agents are becoming accustomed to finding small children abandoned by human smugglers — not just in Texas. In early February, as reported by Breitbart, two migrant toddlers were found roaming on the banks of the Rio Grande. In March, Tucson Sector agents found a five-year-old girl traveling with a large group of migrants along the Arizona border with Mexico.

In the first five months of this fiscal year, which began on October 1, 2021, agents found nearly 60,000 unaccompanied minors, according to a report from U.S. Customs and Border Protection. This represents an increase of more than 100 percent over the same period last year.