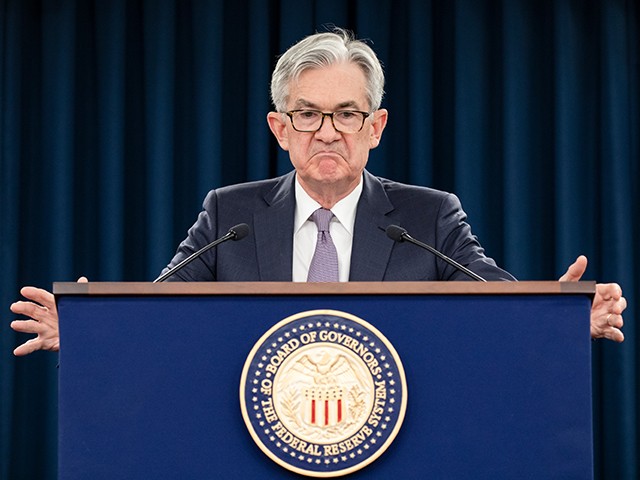 Federal Reserve officials agreed to shrink the central bank’s balance sheet by a maximum of $95 billion each month, minutes from the March meeting of the Federal Open Market Committee revealed on Wednesday.

Fed officials in March hiked the target for overnight lending and the interest paid on reserves by a quarter of a percentage point, to a range of 0.25 to 0.5 percent.  The minutes released Wednesday revealed previously undisclosed details about the Fed’s plans to shrink its enormous stockpile of bond holdings.

The minutes indicate that Fed officials considered a 50 basis point hike at the March meeting but held back because of the uncertainty created by Russia’s invasion of Ukraine.

The minutes were anticipated by remarks this week from several Fed officials that appeared to indicate a more aggressive stance against inflation. Even noted Fed doves, such as Fed Governor Lael Brainard and San Francisco Fed president Mary Daly, have signaled their support for a faster tightening of monetary policy this week.

The minutes indicate that some members of the FOMC pushed for an uncapped run off of the Fed’s balance sheet. Others wanted “relatively high” limits to how fast the balance sheet will be reduced. There was no indication that any members thought the $95 billion agreed to was too fast.

The Fed built up a giant stockpile of Treasuries and mortgage-backed securities in the aftermath of the 2008 financial crisis. It briefly began to reduce the size of its holdings in the early years of the Trump administration, only to reverse course when the pandemic struck. The Fed now plans to reduce the balance sheet by not reinvesting all of the proceeds of bonds that mature. It has no plans to sell any of the bonds it holds.

The Fed currently holds about $9 trillion in bonds, the equivalent of 42 percent of U.S. GDP. At a pace of $95 billion per month, it would take the Fed about eight years to shrink its balance sheet to pre-crisis levels.