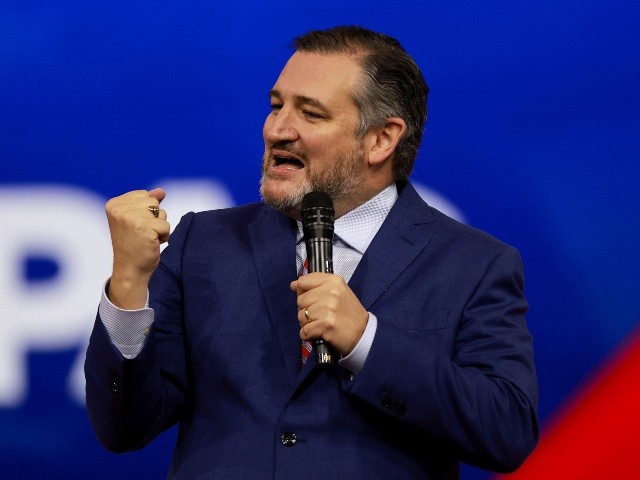 Senator Ted Cruz (R-TX) will be making his way to Alabama to campaign on behalf of Rep. Mo Brooks’ (R-AL) U.S. Senate bid.

Breitbart News has learned that Monday at 12:30 PM CT, Cruz and Brooks will participate in a town hall event in Huntsville, AL at the Four Points By Sheraton, and take questions from voters.

Brooks has been surging as of late. The latest polling from Washington, D.C.-based Cygnal has shown him in a statistical tie with former Business Council of Alabama president and CEO Katie Britt.

Cruz endorsed Brooks last year in the U.S. Senate race to replace the retiring Sen. Richard Shelby (R-AL), whose term is up at the end of 2022.

In 2016, Brooks endorsed Cruz’s presidential bid and led the effort in his home state for Cruz to lead the GOP’s ticket.

Alabama Republican voters will select their preference for who will be on the November ballot for U.S. Senate. Brooks faces Britt and U.S. Army veteran Mike Durant in a race that has seen Brooks rally back after former President Donald Trump rescinded his endorsement of Brooks earlier this year.

Should any candidates not exceed the 50% threshold, a runoff election will be held on June 21 to determine the GOP nominee.