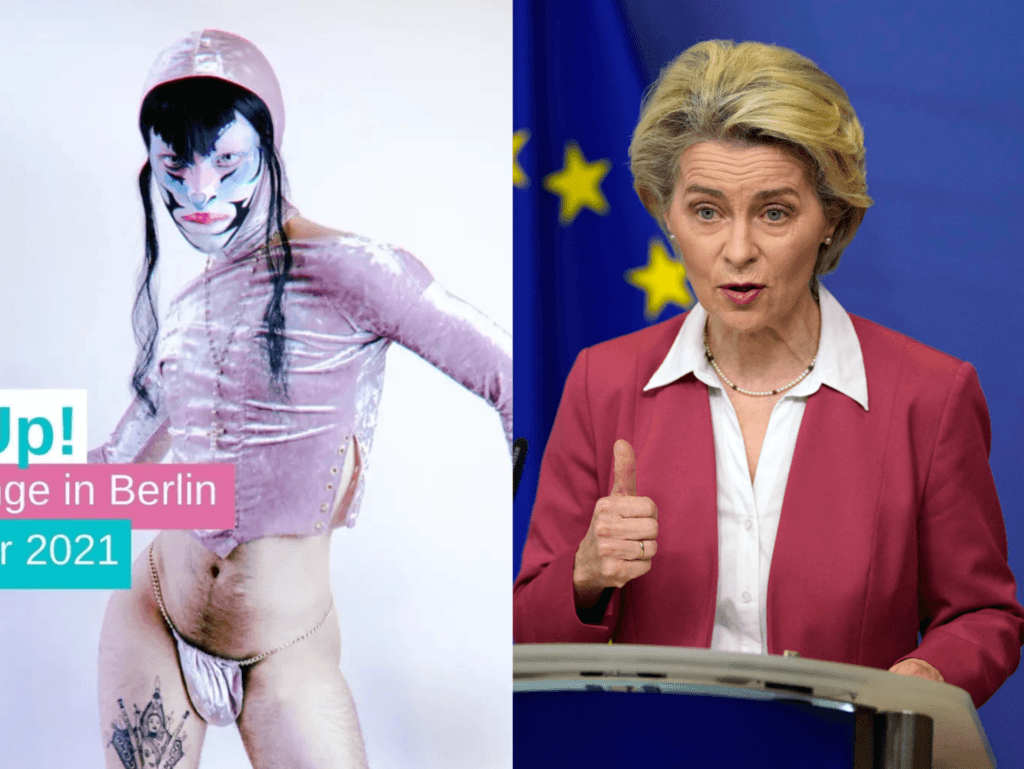 The European Union has spent hundreds of thousands of euros on Drag Queen Story Hour-esque performances for young people in Germany, Spain, and Slovenia, Breitbart London can reveal.

A report examining publicly available EU expenditures compiled by German MEP Nicolaus Fest, provided exclusively to Breitbart London, has found that at least €221,550 has been spent on Drag Queen projects and performances intended for young people through the bloc’s Erasmus+ programme.

The programme, which is intended to support youths in education, training, and sports, has an estimated €26.2 billion at its disposal. The taxpayer money has been revealed to have gone directly to funding Drag LGBT projects, such as “Dragtivism” in Barcelona, Spain, “Drag It Up!” in Berlin, Germany, and “United with Pride” in Slovenia, home country Melania Trump, the former First Lady.

The Drag It Up! project in Berlin in 2020, which received €21,700 in taxpayer money to educate “38 young queer people”, was described by the European Commission as “using non-formal and informal education” to teach how to put on makeup and wigs, walking in high heels, and “methods of blurring and exaggerating traditional binary gender roles”.

“They will get to know the rich and diverse drag and queer scene in Berlin and will learn about the historical, social and political contexts of drag, queer activism and queer art,” the description added.

While Erasmus+ is under the jurisdiction of the European Commission, in countries such as Germany the federal government has wide discretion on the use of local funds, with the report saying it is “fair” to implicate the German government in the decision to promote Drag Queens to youths.

In comments to Breitbart London, the leader of the Alternative for Germany (AfD) party in the European Parliament, Nicolaus Fest, said: “By fluttering away taxpayers’ cash on lipstick lessons and lacy lingerie for men, the EU is displaying that it’s hell-bent on pursuing a woke agenda whatever the cost.

“This waste is another instalment in the EU’s ongoing culture war series, with this episode perhaps most appropriately labelled as the Battle of the Bulge.

“Such nonsense makes you want to check the date and hope it’s April Fools’ Day, but unfortunately, this is the tragic reality.”

In addition to the funds directed towards Drag Queen initiatives, the EU has spent an additional €670,500 on other LGBTQ+ projects through the Erasmus programme to promote leftist ideology on topics as “toxic masculinity” and to discuss the issues facing “queer migrants“.

One such “gender diverse” summer camp said that its “goal is for the youth to learn about themselves, reinforce their identity and increase the self-confidence of this vulnerable and marginalized group.”

While the United Kingdom left the Erasmus programme in 2020 after finally breaking with the European Union, there have been calls within England and Scotland by anti-Brexit campaigners and Scotland’s governing left-separatist Scottish National Party (SNP) to rejoin the EU-led initiative.

The theatre troupe has vowed to revive their show in the future, however.

Bristol libraries are set to host two performances of Drag Queen Story Hour UK in July as a part of a national tour of libraries this summer from the drag troupe.

According to its website, Drag Queen Story Hour UK says that it provides “fun and interactive kids shows with amazing and talented drag performers!”

“Drag Queen Story Hour UK wants to show the world that being different is not a bad thing, and by providing imaginative role models for children to look up to, we can change the world book by book!”