WARNING: The following contains content that some readers will find disturbing.

The Department of Justice announced in a Thursday news release that Ruben Verastigui was sentenced to 151 months in federal prison.

According to the Justice Department, Verastigui requested and received videos of child sexual abuse from an online group.

Verastigui, 29, pleaded guilty to a single count of receipt of child pornography in July. He admitted to possession of 152 illicit videos and 50 images, Politico reported.

His now-deleted LinkedIn profile advertised his work as a digital strategist with the Republican National Committee and the Senate Republican Conference.

Verastigui’s social media posts indicated that he was aligned with the establishment wing of the party.

He congratulated Republicans who voted to strip Rep. Marjorie Taylor Greene of her committee assignments in his last tweet before his February 2021 arrest. 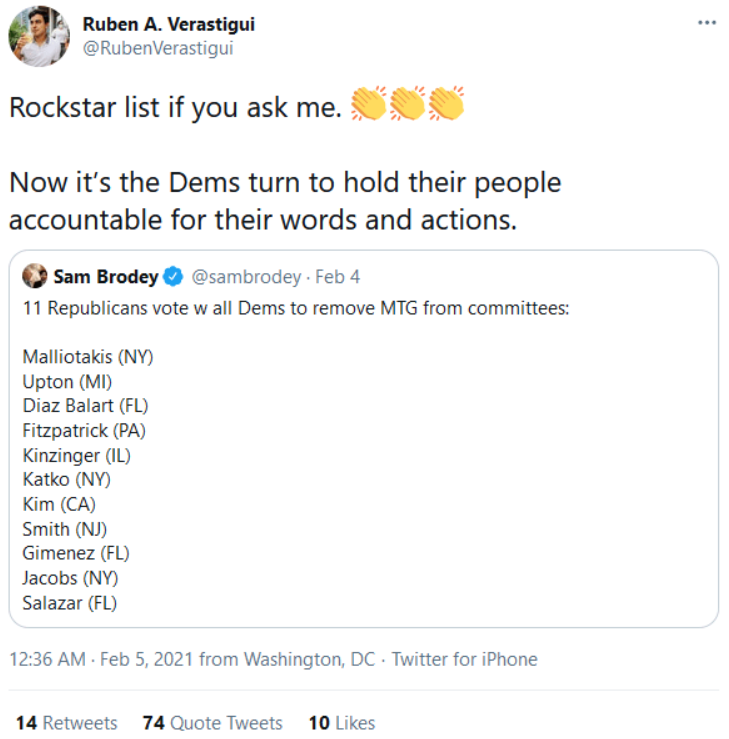 In a dark development, Verastigui spoke to the March for Life in 2013, eight years before getting busted for crimes against young children.

His sentencing comes after a federal judge expressed hesitance to accept the deal Verastigui reached with prosecutors to plead guilty. Judge Amit Mehta said he might reject the deal and send the case to trial.

But Mehta ultimately sentenced Verastigui to seven months more than the minimum his charge warranted under federal law.

Verastigui will undergo five years of federal probation after his eventual release and will have to register as a sex offender for 15 years after leaving prison.

The disgraced political operative has been in federal custody since his arrest. He is currently incarcerated in Lewisburg, Pennsylvania.