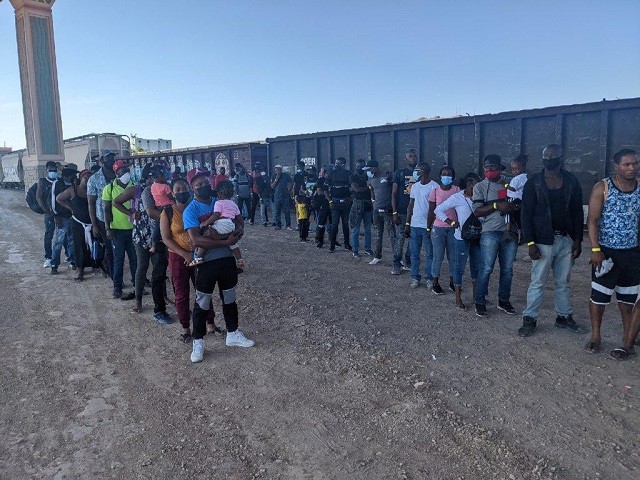 The number of migrants detained in the El Paso Sector now surpasses detention levels in the Rio Grande Valley and Del Rio. According to a source within CBP, the sector was detaining nearly 5,000 in area processing centers on Monday. More than 50 percent of the detainees were Haitian.

The source, speaking on the condition of anonymity, says the migrants are surging into the El Paso area in anticipation of the possible lifting of Title 42.

Some strain was lifted after hundreds of Haitian migrants were transferred from El Paso centers to Laredo, Texas. The source described the action as a band aid that only provides a temporary reprieve as the apprehension numbers continue to rise.

The El Paso Sector sits more than double its standard capacity. The source says in recent days, migrant apprehensions in the sector have exceeded 1,500.

The source adds that hundreds of migrants are being released into El Paso at the expense of local governmental and charitable resources.

On Thursday, the El Paso County Commissioners called a special meeting to address the influx of migrants locally and discuss funding options. County Judge Ricardo Samaniego told attendees he is still concerned with rising COVID-19 case rates in New York as a warning of things to come in El Paso.

During the meeting, Samaniego announced the county’s intention to draft an emergency declaration due to migrant releases. Samaniego stated the order was not an admission that the county could not deal with the influx, but to open itself to outside funding opportunities.

Samaniego advised attendees, “FEMA has advised us that by issuing the declaration, then we are more capable of getting the money that we need in order to move forward.”