Dodgers right-hander Trevor Bauer has filed a defamation lawsuit against the sports site known as The Athletic and former MLB reporter Molly Knight for excluding pieces of information from sexual assault charges made against him last year.

Central to Bauer’s suit is the claim that Knight and the Athletic withheld medical records of Bauer’s accuser, which showed that the woman did not have an “acute” skull fracture. Instead, Bauer’s suit alleges, Knight and The Athletic helped “[spread] the false narrative” that Bauer had fractured her skull.

The woman accused Bauer of choking and punching her during sex.

The Athletic issued the following update on their article about Bauer, stating “the woman was initially diagnosed with signs of a basilar skull fracture, a subsequent CT scan found no acute fracture.”

Bauer’s suit contends that The Athletic’s “false reporting led to a proliferation of articles and tweets referencing a nonexistent skull fracture.” 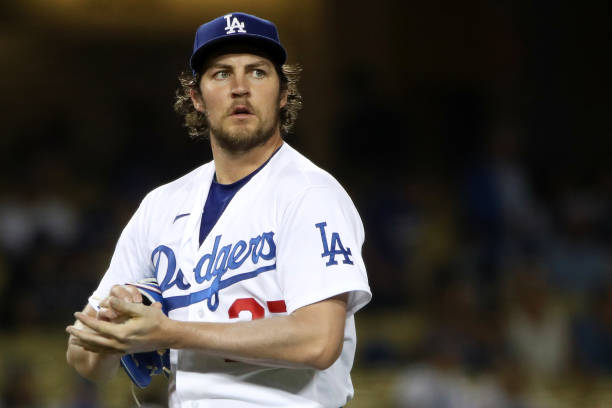 Despite having to make a significant update to their story, a spokesperson for The Athletic told the Hill that they feel “confident” in their reporting and plan to contest Bauer’s suit.

As Yahoo! Sports reports, “The Los Angeles County District Attorney’s Office announced in February that they would not press charges against Bauer, stating that they were ‘unable to prove the relevant charges beyond a reasonable doubt.’

After the court’s decision, Bauer posted a video on YouTube in which he maintained his innocence.

“I never assaulted her in any way, at any time,” Bauer asserted. “And, while we did have consensual rough sex, the disturbing acts and conduct she described simply did not occur.”

Bauer’s defamation suit against The Athletic was filed in n the U.S. District Court for the Central District of California. In addition, the Dodgers pitcher has another defamation suit filed against Deadspin.