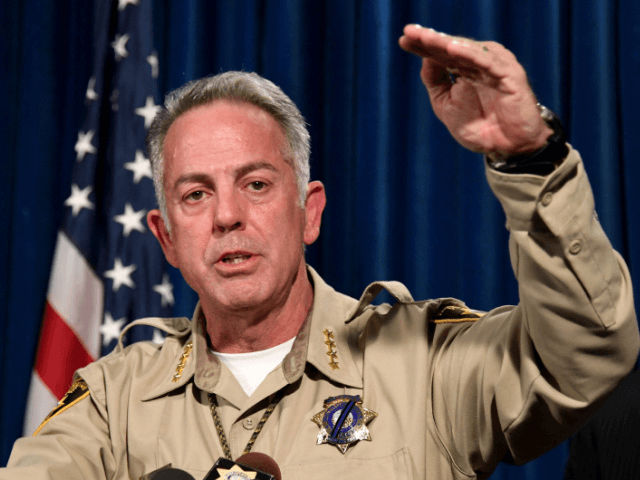 Clark County Sheriff Lombardo, whom Trump recently endorsed, is now leading the Nevada GOP gubernatorial primary by 20 points less than one month away from the state’s June 14 primary election, according to a recent poll. Trump said:

As Governor, Joe will fiercely Protect our under-siege Second Amendment, Oppose Sanctuary Cities, Support our Law Enforcement, Veto any Liberal Tax Increase, Protect Life, and Secure our Elections. Joe Lombardo is the leader Nevada needs, and he has my Complete and Total Endorsement for Governor!

However, Democrats are going to drastic lengths to prevent Lombardo from securing the Republican nomination, hoping to boost weaker candidates they view as easier to defeat in the general election.

For example, A Stronger Nevada is one of several newly-registered super PACs that Democrats are using as a guise to interfere in the Republican primary. That PAC has pledged to spend $2.1 million in Lombardo attack ads ahead of the June primary. A Stronger Nevada has no social media presence or website but is reportedly linked to the Democrat Governors Association. The PAC’s two officers are Andrew Whalen and Jillian Edelman, both Democrat Party operatives.

A Stronger Nevada is not the only Democrat-run super PAC posing as Republicans to launch massive ad campaigns against Lombardo in recent days.

Looking into the structure of Patriot Freedom Fund, its only listed officer is Truman Fleming, Assemblywoman Jauregui’s husband.

Trump spokesman Taylor Budowich told Breitbart News that the lengths Democrats are going to are unsurprising “because they know they have no shot at defeating a Trump-backed candidate in November.”

President Trump endorsed Sheriff Joe because he is the strongest America First conservative in the race to defeat Nevada’s anti-freedom radical Democrat Governor Steve Sisolak. It’s no surprise that Democrats are trying to interfere in a Republican primary, because they know they have no shot at defeating a Trump-backed candidate in November. Unfortunately for the Democrats and RINOs, President Trump’s endorsed candidate for Governor will overcome these dirty tricks and win both the primary and the general election in landslides.

Both A Stronger Nevada and Patriot Freedom Fund registered with Nevada’s Secretary of State after the first quarter fundraising deadline. As a result of the late registration, details about who is financially contributing to these endeavors will remain a secret until July 15, one month after the Nevada primary elections.

However, these two examples in Nevada are just part of a broader nationwide Democrat strategy of meddling in GOP primaries ahead of the November midterm elections, where many pundits expect them to get trounced.

For example, the Democrat Governors Association and affiliated groups spent $4 million on advertising in Illinois to prevent Richard Irvin from securing the Republican nomination, as many expect he’ll be Gov. J.B. Pritzker’s (D-IL) most formidable opponent.

“Truman Fleming is the husband of the biggest advocate for gun control in the legislature,” McDonald said. “If Assemblywoman Jauregui was aware of this attack and gave her husband her blessing, she’s proven to no longer be fit to serve in the legislature.”

Lombardo campaign spokesperson Elizabeth Ray said the Democrats’ efforts “have made clear just how little confidence they have in Steve Sisolak.”

“National Democrats and Sisolak’s own pollster are so skeptical of Sisolak’s reelection chances that they’ve resorted to trying to rig the Republican primary election, so that Sisolak doesn’t have to face Sheriff Lombardo in November,” Ray said. “Unfortunately for D.C. Democrats, both Republicans and Independents will see right through their lies and know exactly who is behind them: Sisolak’s D.C. cronies who know that Sisolak is as good as gone if Joe Lombardo wins the Republican primary.”