The left likes to paint the Republican Party as a monoethnic clan of old white men.

The establishment media continues to parrot this Democratic Party talking point even after the historic election in Virginia last year, which saw the top three state offices swept by GOP candidates — a white man for governor, a Hispanic man for attorney general and a foreign-born black woman for lieutenant governor.

Though diversity in the GOP has been lacking in the past, last year’s slate of candidates in Virginia may not be anomalous. Candidates in the solid-red state of Arkansas this year further dispel the myth that the Republican Party is reserved for old white males.

The frontrunner in Arkansas’ Republican race for governor is none other than the former press secretary for President Donald Trump, Sarah Huckabee Sanders. If elected, she will become the first female governor in the state’s history. In early February, a Talk Business & Politics-Hendrix College poll showed Sanders with a 10-point lead over a generic Democratic candidate. At the time, Sanders was the only announced Republican gubernatorial candidate.

Before Sanders entered the race, Lieutenant Governor Tim Griffin was seeking the governor’s office, as was Attorney General Leslie Rutledge. Griffin quickly exited the race upon Sanders’ entry, while Rutledge stood against the tide of Sanders’ Trump card a little longer. When she did finally exit the race for governor, Rutledge entered the crowded field for lieutenant governor, where she was the clear frontrunner in a December Cygnal poll. Rutledge will become the first woman to hold this office if elected.

Also noteworthy in the Republican race for Arkansas lieutenant governor is the third most popular candidate in the Cygnal poll. Washington County Judge Joseph Wood is an African-American who absolutely defies the left’s stereotype of Republican candidates. Wood was abandoned on the tough streets of Chicago at birth and ended up in an orphanage. Eventually, he was adopted by a working-class couple, his mother a teacher and his father a construction worker. Knowing Wood identifies as a Republican must drive the liberal pundits of the establishment media mad.

Attorney Leon Jones Jr. is an African-American running for Arkansas attorney general. Jones was raised in Pine Bluff, the seat of one of the deepest-blue counties in the state. He is a graduate of the University of Arkansas-Pine Bluff, which probably does not produce many alumni who go on to join the GOP. His conservative credentials include appointments by Republican Govs. Mike Huckabee to lead Arkansas’ Department of Labor and Asa Hutchinson to head the state’s Fair Housing Commission.

Those are just the candidates for state office. Let’s not forget a high-profile woman running for the U.S. Senate in Arkansas.

Firebrand former investigative journalist and avid gun rights activist Jan Morgan seeks to unseat senior Arkansas Sen. John Boozman in the primary. Morgan challenged Hutchinson in the 2018 Republican primary, garnering 30 percent of the vote. She has a strong following among Trump supporters in the state who resent Boozman’s vote to certify Joe Biden as the 2020 presidential election winner. The fact that she owns a gun range and is arguably the strongest Second Amendment advocate in the race earns her the favor, too.

There are many more GOP candidates for the state Legislature and county offices who break the old white man mold for Republicans.

The left-wing loons in the Democratic Party and establishment media will likely continue to declare the Republican Party an exclusive aging white male fraternity, but no reasonable person with open eyes can deny the diversity in today’s Arkansas Republican Party. 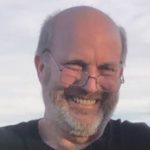