Democrats’ PRO Act Will Force Millions of Americans Into Unions, Even if They Don’t Want to Join


Sens. Mark Kelly and Kyrsten Sinema should reject the attempt by some lawmakers to rewrite our nation’s labor laws and undermine the rights and interests of Arizona workers and employers alike.

The renewed push in Congress to pass the Protecting the Right to Organize Act could be devastating for Arizona workers, businesses of all sizes, and our entire economic recovery.

The PRO Act, approved by Democrats in the House in March 2021, would make unprecedented changes to federal labor laws that would deny employees the option to determine if they want union representation. It would begin by overturning and prohibiting all state-passed right-to-work laws across the country, including here in Arizona as well as more than two dozen other states.

Right-to-work protections have been critical in giving local workers greater freedom of choice regarding whether to pay union dues if they did not vote for or do not support a union’s actions. They have also been an economic boon for Arizona communities, fostering new business growth and development that creates well-paying jobs for hardworking Arizonans.

The PRO Act would deny workers the right to vote for or against unionization in a secret-ballot vote in some circumstances, instead forcing them to make that decision publicly, in front of their colleagues and even union representatives. The legislation would also require employers to hand over employees’ private, personal information to union organizers, further eroding workers’ right to privacy.

If there is anything we can learn from the pandemic, it is the importance of providing flexible employment options that allow people to work on their own terms.

The PRO Act would fail in this regard as well by making it harder to earn a living rather than easier. It would reclassify many independent contractors here in Arizona and across the country as employees under the National Labor Relations Act, greatly restricting their ability to pursue independent, flexible work.

Moreover, the PRO Act would foist massive new costs and liabilities onto local businesses at the worst possible time.

Do you support the PRO Act?

If Congress were to pass the PRO Act or any of its flawed policies, it would undermine our economic recovery while weakening workers’ rights. It seems solely designed to entrench union interests.

According to one study, the passage of the PRO Act could force over 2.5 million Arizona workers into unions and require them to pay an average of $845 in dues annually. Workers should instead have the right to directly negotiate mutually beneficial arrangements, which would strengthen relationships between employers and workers.

Even better than voting against the PRO Act, Kelly and Sinema ought to consider backing alternative bills that create consistent rules for self-employment across the federal government, give employers more flexibility to accommodate workers with paid leave and benefits, and protect small businesses from overly broad interpretations of the joint employer standard. The Modern Worker Empowerment Act and the Working Families Flexibility Act are good starting places for policies to help grow Arizona’s post-pandemic economy.

Kelly and Sinema should protect Arizonans and our state’s economic future by opposing the PRO Act and focusing on getting Arizonans back to work — in whatever form that may take — as quickly and safely as possible. 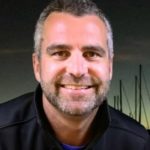