Deion Sanders Tells Players ‘No Slides, No Wifebeaters, and Shower’ Before 1st Day of School


Being known for flash and flair during his playing days, some might assume that Deion Sanders would embrace a similar tolerance for flamboyance in his players as a head coach.

Well, they would be wrong.

In a speech to his players before the first day of classes at Jackson State University, Sanders let it be known that he had high standards for his young charges.

“School, we got school today, right? So I want you to listen to me clearly and succinctly,” Sanders told his team. “No slides (sandals). No slides. No armpits exposed. No wifebeaters (tank-top shirts). Sit in the front of the classroom and be the perfect gentleman because when it comes down to it, and you need help, that professor is going to recall your character and who you’ve been consistently in that class.

“No slides, no sleeveless shirts, no armpits, none of that.” 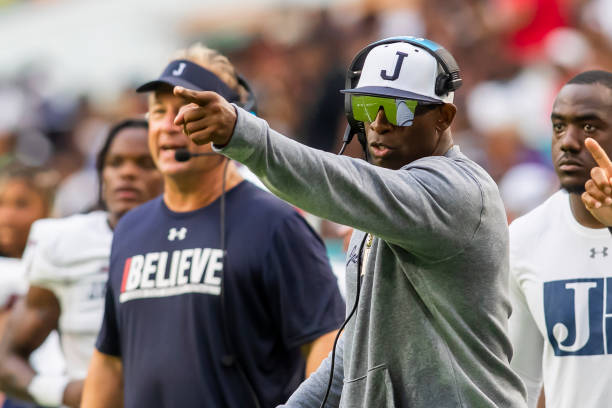 But the NFL Hall of Famer wasn’t done yet. Next, he made sure his players knew he expected them to be showered as well. 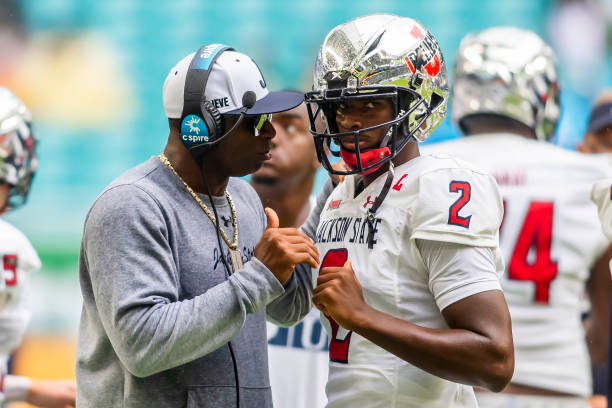 It might shock some to learn that kids have to be reminded to shower, but it is sadly the case. Yes, sometimes college students have late nights and early mornings that prevent them from showering before class. But there is a giant difference between the stench of Budweiser and the stench of a 300-pounder who did 47 up-downs in 98-degree weather.

These are just simply not the same things.

Sanders is holding his kids to a high standard and trying to build a culture of respect. Good for him.