Nearly two months after a tragic plane crash that ended the lives of all 132 passengers and staff on board, authorities now say that the plane’s nose dive into a Chinese mountainside was intentional.

Recently discovered black box data from the China Eastern Airlines Boeing 737-800 indicates the plane — en route from Kunming to Guangzhou — was cruising steadily at 29,000 feet before suddenly plummeting to its fatal end in the rugged mountains of Guangxi province. New evidence reveals that the plane’s controls were used to steer the plane into its near-vertical position downward, the New York Post reported.

“The plane did what it was told to do by someone in the cockpit,” a close source to the crash said to the Wall Street Journal.

Chinese authorities have yet to make a statement placing blame for the matter. After weeks of investigation, they have not found evidence that indicates mechanical or flight issues to be the cause, the Journal said.

An aircraft controller on the ground noticed the jet’s abrupt drop in altitude, according to Fox Business. The employee attempted to contact the pilots multiple times, but the plane was unresponsive.

Rubio Grills Dr. Fauci: How Is It Americans with COVID Can’t Get in Country, But Illegals Can?

With little evidence pointing to the person responsible, various speculations have arisen.

Although some suggest an invasion into the cockpit might be to blame, sources close to the matter said that the plane did not send an emergency signal to the ground, which would have been a routine response in the case of an intrusion.

Authorities suspect a pilot-caused crash to be more probable than a cockpit invasion, the Post said.

After the plane crashed on March 21, both Chinese and United States authorities began an investigation on the crash site and retrieved the plane’s two black boxes as well as the cockpit’s voice recorder.

Do you think this was an accident?

The recorder was initially sent to Beijing on March 27, the Wall Street Journal said, but was almost immediately transferred to the United States National Transportation Safety Board, Fox Business reported.

The contents of this recorder have yet to be published.

Investigators from the United States and China continue attempts to restore data from the plane’s two black boxes, which authorities said are severely damaged.

The pilots were both in good physical health and had positive financial status, the airline told the Journal.

China and Russia Are Closing In on a Significant Strategic Agreement: Report

Following the crash, however, the CAAC remarked on the mental health of aviation officials, CNN said. Arising from these statements, speculations began circulating in Chinese media which accused the pilots of intentionally crashing the plane, possibly due to mental health issues.

“These rumors … have seriously misled the public and interfered with the investigation of the accident,” CAAC official Wu Shijie, said in a press conference in mid-April.

During the conference, the CAAC said that with little evidence about the intent behind the crash, all unsupported accusations continue to pose a risk to public trust in aviation institutions.

U.S. and Chinese authorities continue to investigate the matter, the CAAC said, and officials are discouraging the dissemination of unofficial theories. 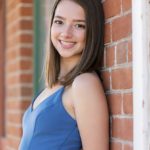