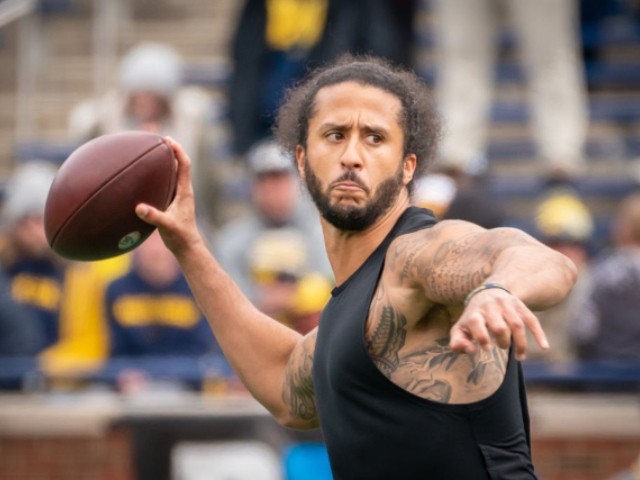 The former 49er signal-caller threw at the invitation of his former NFL coach and current Michigan head coach Jim Harbaugh.

One of the videos that emerged from the event showed Kaepernick connecting with a receiver on a deep pass at the end of the session.

Some believe that one of the reasons NFL teams have been hesitant to schedule workouts with Kapernick is because the league requires teams to publicly announce all workouts. Kaepernick’s supporters believe that teams haven’t scheduled workouts for fear of incurring public backlash.

By scheduling the throwing session during a spring game with dozens of NFL scouts already in attendance, Harbaugh helped Kapernick get around that particular requirement.

When asked by reporters for his message to NFL teams, Kaepernick was direct.

“That I can help make you a better team,” Kaepernick told Detroit’s WXYZ. “I can help you win games. I know right now the situation likely won’t allow me to come in and step into a starting role. I know I’ll be able to work my way to that though and show that very quickly.

“To the teams that have questions, more than anything I’d say I’d love to come in for a workout, I’d love to sit down with you and have that conversation about how I can help you be a better team.”

Kaepernick has not played in the NFL since the end of the 2016 season, the same year that he began protesting by kneeling during the national anthem.