Veteran director Steven Spielberg’s private jet has reportedly burned upwards of $116,000 in jet fuel since June. This is despite the confirmed member of the Hollywood elites delivering past warnings to the peasantry of a looming climate catastrophe.

The New York Post reports Spielberg’s plane, a $70 million Gulfstream G650, has chewed through the jet fuel over the course of 16 trips spanning nearly 17,000 miles since June 23, leaving a massive carbon footprint in the process.

Flight tracking data from ADS-B Exchange and compiled by the database Celebrity Jets has been cited as the source of the figures.

Hollywood members have long been both outspoken in their demands for the rest of society to save the world while exercising a slimmer desire to do the same thing in their own private lives.

They all embrace climate change activism while refusing to fly commercial.

As Breitbart News reported, Spielberg stood at number six recently in the list of celebrities who have a profound love of flying in their own private jets rather than use commercially available options. 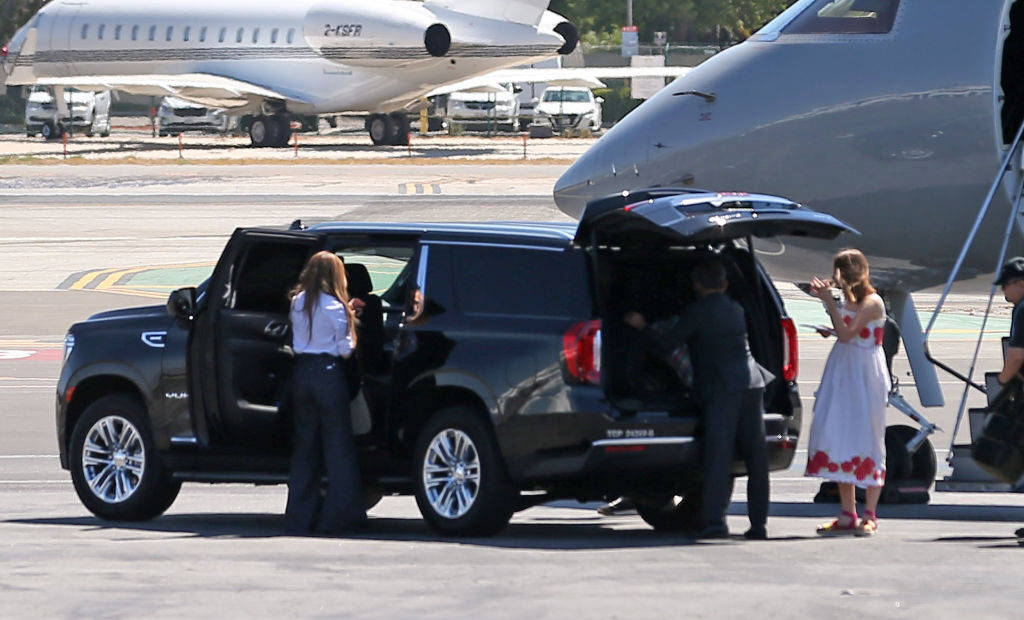 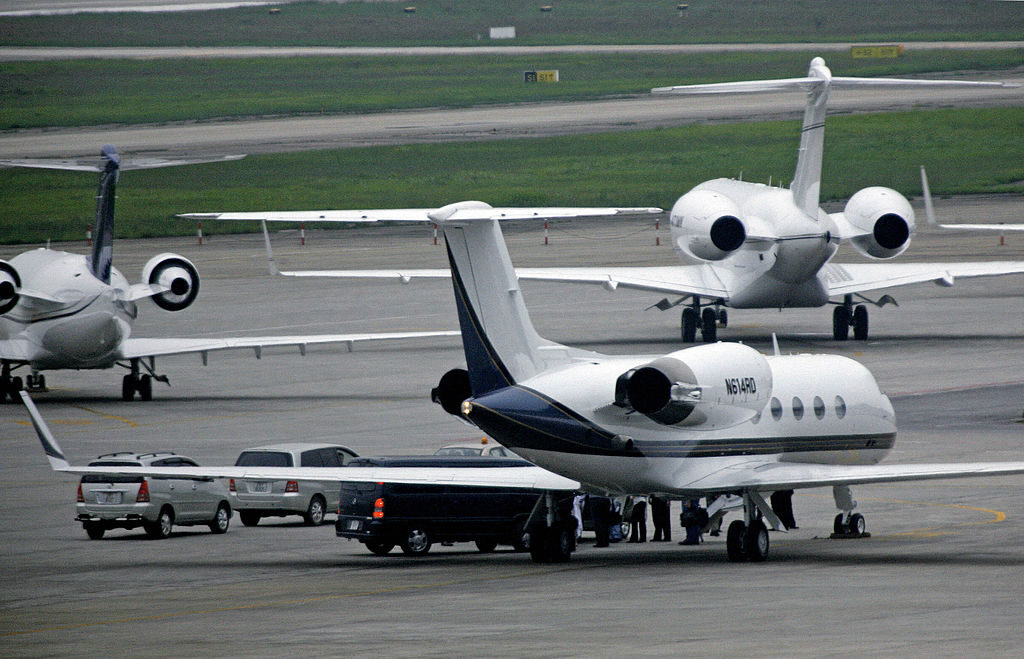 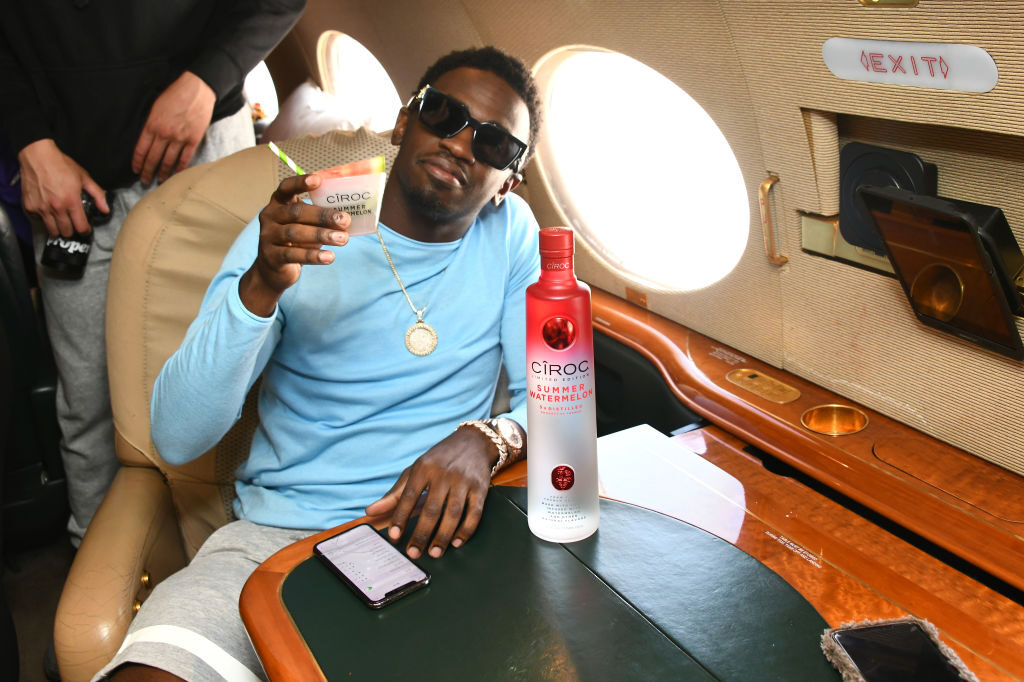 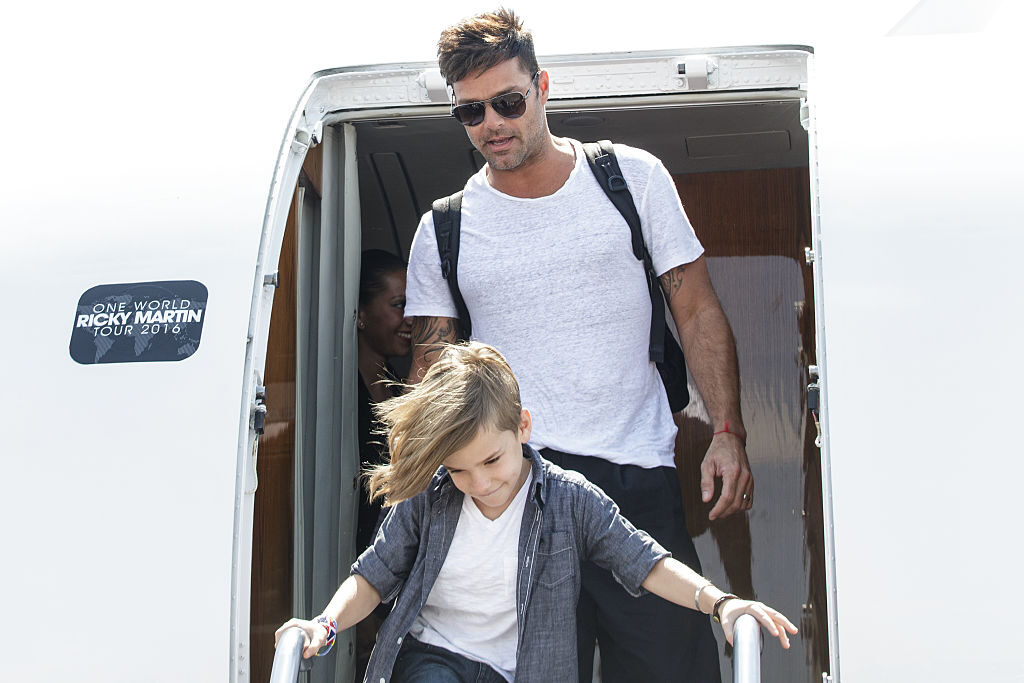 Ricky Martin and his kid as they exit his private jet plane in Israel Airport on September 13, 2016 in Tel Aviv, Israel. (Photo by Guy Prives/Getty Images)

According to research from Yard, a sustainable marketing agency that gathered “cutting-edge data” on the celebrities with the “worst private jet Co2 emissions” in 2022, Spielberg is a consistent offender.

“Legendary film director Steven Spielberg is sixth on the list, taking 61 flights this year and emitting 4,465 tonnes of CO2 from his private jet– 637.9 times more than the average person’s annual emissions,” Yard noted. “Spielberg, however, has the second-longest average flight time on this list, coming in at 107.31 minutes, or about an hour and 47 minutes.”

Being a rich eco-hypocrite Hollywood elite like Chris Hemsworth means riding on private jets while lecturing all us peasants about global warming. https://t.co/KPm7WZLYRR

In 2016, Leonardo DiCaprio reportedly flew 8,000 miles via private jet from Europe to New York City to accept an award for his environmental activism. He then returned to Europe for a charity event.

That same year, DiCaprio took a private jet to the World Economic Forum (WEF) in Davos, Switzerland. At the summit, the WEF gave DiCaprio its Crystal Award for his “leadership in tackling the climate crisis.”

Wikileaks showed the actor took six roundtrip private jet flights in a six-week period in 2014, all paid for by Sony.

While choosing to fly by private jet, Spielberg has never ceased to advise others to be mindful of their actions and how they impact the climate.

“Global warming is a scientific reality. It’s not a political trick. It’s a true piece of real, measurable, quantifiable science,” Spielberg said in a 2018 interview. “People have to come around to believing that this is — we are going to have to have a kind of confrontation with destiny unless we do something about it today.”

He added that “everybody has to be held responsible” for their role in climate change.

“You know when you’re not mindful of something that could pose a danger to your children and grandchildren?” Spielberg remarked.

“Then you just go blithely through life with aerosol cans and doing all sorts of things that are depleting the ozone.”