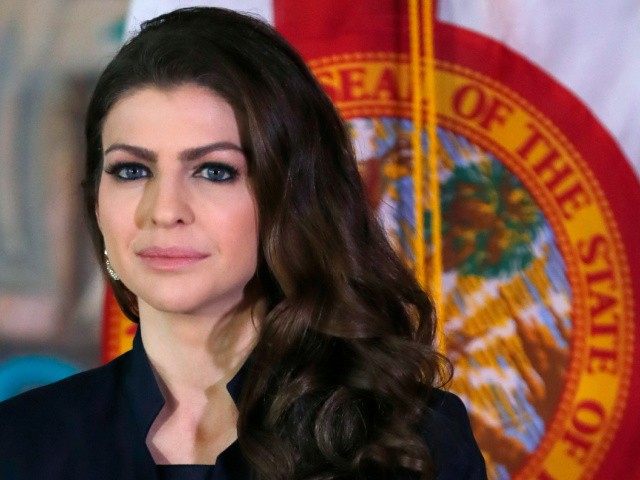 “As a mama of three little ones, thank you Dad for empowering parents, like me, and protecting Florida’s children, like ours,” she said.

“Classroom instruction about sexual orientation and gender identity with kindergartners is wrong – especially without a parent’s knowledge nor consent,” the state’s first lady added:

Under @GovRonDeSantis’ leadership, parents will not be excluded from their child’s education … and here is just one heart-wrenching reason why:pic.twitter.com/hDv6c0MfaG

“Today, I signed HB 1557, the Parental Rights in Education act, into law,” the governor announced on Monday alongside a video of him signing the legislation into law.

“The bill ensures that parents of young children can send their kids to kindergarten without gender ideology being injected into classroom instruction and that parents will be notified about and have the right to decline healthcare services offered at schools for their kids,” he added.

For weeks, members of the radical left have lied and mischaracterized the landmark legislation, deeming it the “Don’t Say Gay” bill even though it bans no words or phrases and does not single out any specific orientation, as their false catchphrase suggests. It does not even contain the word “gay.”

“Here’s what I can tell you. In the state of Florida, we are not going to allow them to inject transgenderism into kindergarten,” DeSantis said during a press conference this month, doubling down after continued lies from the left.

Yet, Democrats have continued to tout the lie, attempting to deceive the public by deeming the bill “homophobic” while pushing to allow age-inappropriate discussions on sexual orientation and gender identity on children as young as five.