Christians Celebrate – ‘If Christ Has Not Been Raised, Your Faith Is Futile’ 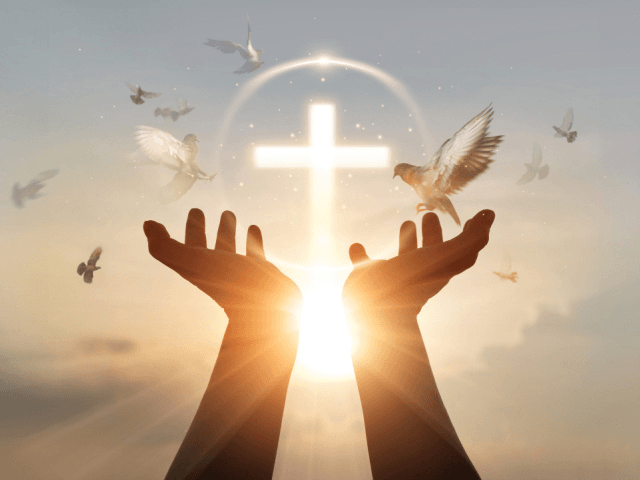 “Therefore God has highly exalted him and bestowed on him the name that is above every name, so that at the name of Jesus every knee should bow, in heaven and on earth and under the earth, and every tongue confess that Jesus Christ is Lord, to the glory of God the Father.”

Christians celebrate Easter this Sunday, proclaiming the cornerstone of their faith, that Jesus Christ rose from the grave in a bodily resurrection. Alone among the world’s religions, Christians believe that on the third day after his public execution on Good Friday, the founder and focus of their faith rose from the dead.

The Bible contains four Gospels containing this historical narrative outside Jerusalem, Israel, in A.D. 30, but the New Testament is full of additional chapters and passages on the topic of the resurrection.

One chapter is found in Paul’s first letter to the Corinthians. The Apostle Paul – who early in his career went by the name Saul – had been a zealous persecutor of the new church, hunting down Christians. But on the road to Damascus – traveling there in the next stage of his crusade against the early church – Paul experienced a radical conversion to Christianity, claiming that the risen Christ appeared to him and spoke with him, and that Jesus had appeared to five hundred people at once, inviting his readers to go talk to them if those readers doubted his story.

Paul’s message in this chapter is that Christianity is not about becoming a better person. He says that Jesus of Nazareth was not a wise philosopher, great moral example, or inspirational leader. Instead Paul claims that Jesus is divine, that after his crucifixion and burial his body came back to life days later, and that hundreds saw him afterward. Then – in a statement that would shock many today – Paul says that if Jesus did not physically rise from the dead, then Christianity is worthless, and Christians should be pitied because  they waste their lives on a lie.

Paul lost his comfortable life in Judaism when he became a Christian, but then became the most prolific of all the New Testament writers, and years later was martyred for his faith – which he said he welcomed, because Jesus’ resurrection meant that one day Paul would be resurrected as well.

From the first epistle of Paul to the church at Corinth:

For I delivered to you as of first importance what I also received: that Christ died for our sins in accordance with the Scriptures, that he was buried, that he was raised on the third day in accordance with the Scriptures, and that he appeared to Cephas, then to the twelve. Then he appeared to more than five hundred brothers at one time, most of whom are still alive, though some have fallen asleep. Then he appeared to James, then to all the apostles. Last of all, as to one untimely born, he appeared also to me. For I am the least of the apostles, unworthy to be called an apostle, because I persecuted the church of God. But by the grace of God I am what I am, and his grace toward me was not in vain….

But in fact Christ has been raised from the dead, the firstfruits of those who have fallen asleep. For as by a man came death, by a man has come also the resurrection of the dead. For as in Adam all die, so also in Christ shall all be made alive. But each in his own order: Christ the firstfruits, then at his coming those who belong to Christ. Then comes the end, when he delivers the kingdom to God the Father after destroying every rule and every authority and power. For he must reign until he has put all his enemies under his feet. The last enemy to be destroyed is death…  When all things are subjected to him, then the Son himself will also be subjected to him who put all things in subjection under him, that God may be all in all.

“Come behold the wondrous mystery, slain by death the God of life;

But no grave could e’er restrain him, praise the Lord, he is alive!

What a foretaste of deliverance, how unwavering our hope;

Christ in power resurrected, as we will be, when he comes!”