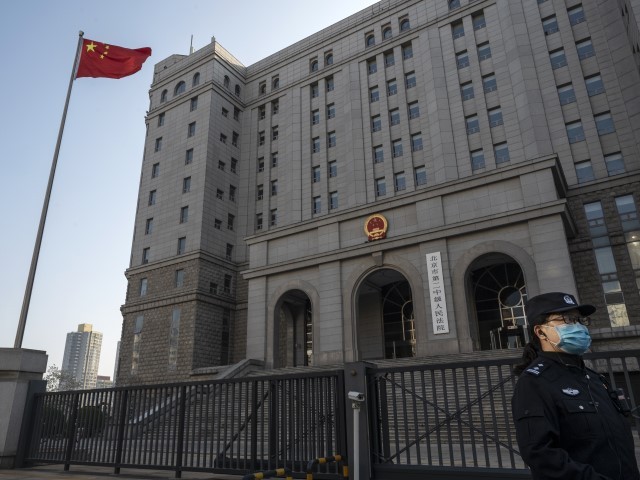 The Ningbo Intermediate People’s Court assigned Abdulmateen a capital punishment on April 21 after convicting him of the “premeditated” murder of a Chinese woman identified only by her surname, Chen. The Ningbo court described Abdulmateen’s murder of Chen as a “revenge killing,” allegedly prompted by his anger over Chen’s decision to end their romantic relationship in May 2021. The court divulged gruesome details of the woman’s final moments during its April 21 verdict, holding that Abdulmateen’s “stabbing and cutting [of] Chen’s face and neck several times” with a “folding knife” resulted in Chen’s death.

As shown in the investigation report, the perpetrator established a relationship with a woman surnamed Chen in early 2019 by lying to her that he was divorced and single. Starting in May 2021, Chen said several times that she wanted a break-up, but she was always refused and verbally threatened by the man.

On June 14, 2021, Abdulmateen made an appointment with Chen in the evening near a bus stop in Ningbo, carrying a folding knife and some clothes. Later that night, he used the knife to stab and cut her neck repeatedly until she lost the ability to resist. He carried on stabbing her face several times, resulting in Chen’s massive bleeding and dying on the spot.

The Ningbo Intermediate People’s Court ruled on April 21 that Abdulmateen “was motivated by vile motives, resolute intent and cruel means, and the circumstances of the crime were particularly bad and the consequences particularly serious, and should be punished according to law,” CCTV relayed.

Abdulmateen taught English at the Ningbo University of Technology prior to June 2021, the South China Morning Post reported on Thursday.

“During the trial at the Ningbo Intermediate People’s Court, both the public prosecution department and the defense counsel presented evidence and the court hired an interpreter for the defendant,” the Global Times reported at the time.

“Relevant witnesses, expert witnesses and people with special knowledge also testified in court. Prior to the hearing, the court notified the US Consulate General in Shanghai in accordance with relevant regulations, and officials from the consulate attended the hearing,” the newspaper noted.