Calls Mount for Dem Campaign Chair to Resign over ‘Malpractice’ 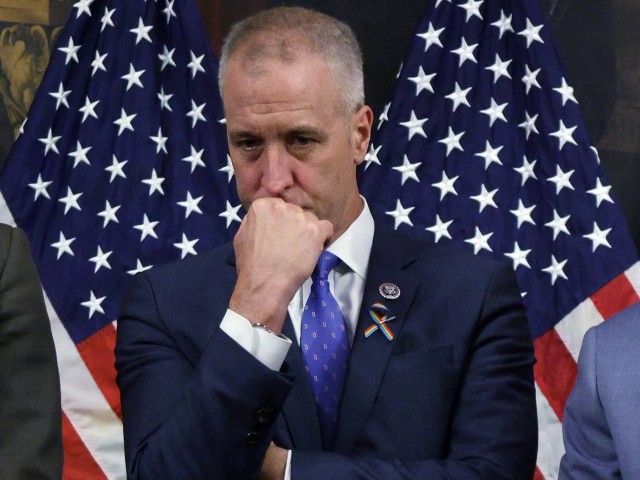 Democrat Campaign Chair Rep. Sean Patrick Maloney (D-NY) has received calls to resign his position and accusations of racism over “egregious political malpractice” for announcing a run against a fellow Democrat incumbent in the Empire State after a draft map of new congressional lines was revealed.

“While the process to draw these maps without the legislature is against the will of voters, if the newly-announced maps are finalized, I will run in New York’s 17th Congressional District,” Maloney said via Twitter. “NY-17 includes my home and many of the Hudson Valley communities I currently represent.”

Shortly thereafter, Jones told Punchbowl News that “Maloney did not even give me a heads up before he went on Twitter to make that announcement. And I think that tells you everything you need know about Sean Patrick Maloney.”

However, the redistricting debacle process in New York worsened for Maloney after prominent self-proclaimed socialist Rep. Alexandria Ocasio-Cortez (D-NY) called for him to resign from his post as Democrat Campaign Chair if he ends up officially running against his fellow New York Democrat in the primary.

“He’s the chair of the DCCC. It’s his responsibility to make sure Democrats stay in the majority,” said Rep. Jamaal Bowman (D-NY), another far-left lawmaker from the Empire State in the neighboring Sixteenth Congressional District. “To not run in 18th is to directly impact our ability to maintain the majority… “You’ve got one job to do and you’re literally not doing that job.”

Rep. Ritchie Torres (D-NY) said it is “Outrageous” for Maloney to run in the district currently represented by Jones and accused the Democrat Campaign Chair of racism after his announcement to run in a different district.

“The thinly veiled racism here is profoundly disappointing,” Torres tweeted. “A black man is ideologically ill suited to represent a Westchester County District that he represents presently and won decisively in 2020? Outrageous.”

“We have seen action from one member of Congress that I have to say is among the most egregious political malpractice I think I’ve ever seen in my life,” Hayes said. He noted that Maloney is supposed to be in charge of keeping the Democrat majority in the House and is already a member of Congress.

“Rather than putting his money where his mouth is and running in the slightly harder district, Sean Patrick Maloney is abandoning it,” Hayes continued. “Maybe Sean Patrick Maloney will be embarrassed by the fact he looks like he doesn’t have the courage of his own convictions. He could decide to remain in the 18th district and hold the seat for the Democrats.”