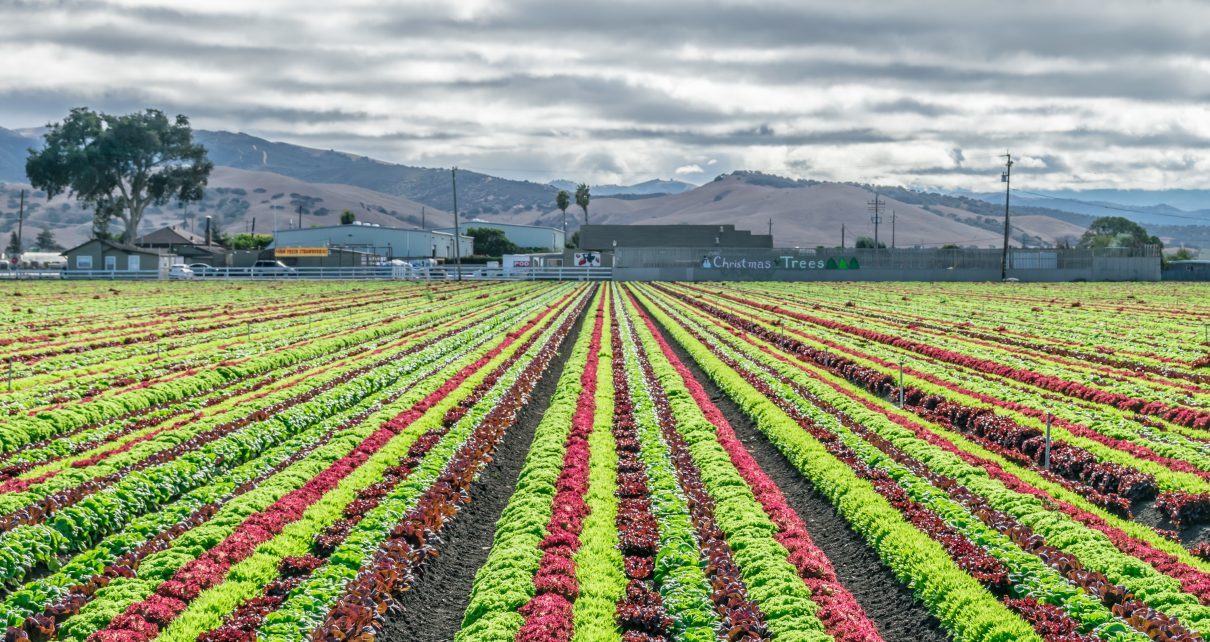 California farms produce over half of the country’s fruits, nuts, and vegetables

“Today’s State Water Board emergency water conservation regulation continues to demonstrate how serious this year’s drought is. Water conservation measures are reaching farther and farther into our communities and now go beyond the water supply cuts felt by California farms and rural communities earlier this year.”

The California Farm Water Coalition represents agriculture water suppliers, water districts, agribusiness, farmers, as well as the supporting agribusinesses such as farm equipment suppliers, tractor manufacturers, and the like.

It was only last summer that the State Water Resources Control Board eliminated water supplies for thousands of family farms throughout the Central Valley, a mere two years after the state’s reservoirs were full from a particularly wet year. “The California State Water Resources Control Board announced that thousands of farmers in the Central Valley up to the Oregon Border will have their water curtailed until winter, the Globe reported.

When the State Water Board orders water cut off to farmers, the food supply is also cut.

California’s drought conditions are actually historically normal however, each of California’s droughts are billed by government and media as the driest period in the state’s recorded rainfall history. Scientists who study the Western United States’ long-term climate patterns say California has been dry for significantly longer periods — more than 200 years.

The Globe spoke Wednesday with Mike Wade, Executive Director of the California Farm Water Coalition on the State Water Board Emergency Water Conservation Regulation. Wade said the most important measure they can take right to highlight the seriousness of California’s water shortage is to connect consumers through the food they eat.

Wade said that the surface supply of water is short, so farmers will have to rely on groundwater. But the state is encroaching on groundwater availability through the Sustainable Groundwater Management Act (SGMA), passed in 2014. And water district irrigation managers are putting caps on water by limiting pumping.

“The taps that deliver surface water to the farms that grow the local food we buy at grocery stores were effectively turned off in March and April. Almost half of the irrigated farmland in California has had its surface water supply reduced by 50% or more,” the CFWC said.

The Globe asked Wade if water authorities recognize that it is food production being harmed. “We are starting to see acknowledgment of California’s importance in the nation’s food supply,” Wade said. He noted that agriculture is shrinking in the state.

“We live in an increasingly unstable world, but politicians and regulators are not doing the work needed to guard our safe, affordable, domestic food supply during these uncertain times. Failing to act will not only worsen rising food costs, they may permanently disrupt the food systems that many now take for granted,” the CFWC said.

“We need to invest in surface and groundwater storage,” Wade said.

“California farms produce over half of the country’s fruits, nuts, and vegetables. California foods aren’t just in the produce aisle, but also in the ready-made foods and ingredients we eat every single day. That can’t happen without water and we cannot simply move California production to other states. A safe, affordable, domestic food supply is a national security issue, just like energy. The government must make it a priority,” the CFWC said.

“Water supply shortages affect families throughout the state and the nation that depend on California farms for the safe, fresh, and locally-produced farm products we all buy at the grocery store.”

Wade said the Public Policy Institute of California published a recent policy brief: Tracking Where Water Goes in a Changing Sacramento–San Joaquin Delta, which found there is plenty of water in wet years which can be stored, but currently is not.

One of the biggest issues Wade said is the ongoing discussion in public that California has seen all of the water we’re going to get, and restrictions and conservation are the only way forward. But that is not accurate if additional reservoirs are built as voters have already approved, and desalination plants are approved.

The Globe asked about the use of recycled water, noting that only one county in the state actually uses recycled  grey water. “Agriculture is the largest user of recycled water at 700,00 acre feet per year,” Wade said. “This has tripled since the late 1980’s.”

The California Farm Water Coalition asks a very important question: “Are Curtailments a Balanced Water Use?”

Colusa County in Northern California is the top producer of rice in the Sacramento Valley. Colusa County historically produces more than 150,000 acres of rice in a normal year. But in 2022, Colusa officials say they will only be able to produce a fraction of their usual rice crop, costing rice farmers, workers and suppliers hundreds of millions of dollars.

“In April 2022, the water districts serving Colusa County were given their final allocation for the 2022 growing season – 0.4-acre feet per acre,” Colusa County officials said in a statement. “This allocation is not enough to support rice production, and estimates show that the Sacramento Valley will fallow 370,000 of 450,000 acres in the Sacramento River Settlement Contractors service area, primarily in Colusa and Glenn Counties. Currently, less than 7,000 acres are estimated to be planted in Colusa County, resulting in a direct financial loss to growers in excess of $270 million.”

The first 50% of California’s water flows out to the Pacific Ocean for fish and environmental purposes – something the Public Policy Institute of California verified in 2019: “Water in California is shared across three main sectors. Statewide, average water use is roughly 50% environmental, 40% agricultural, and 10% urban.”