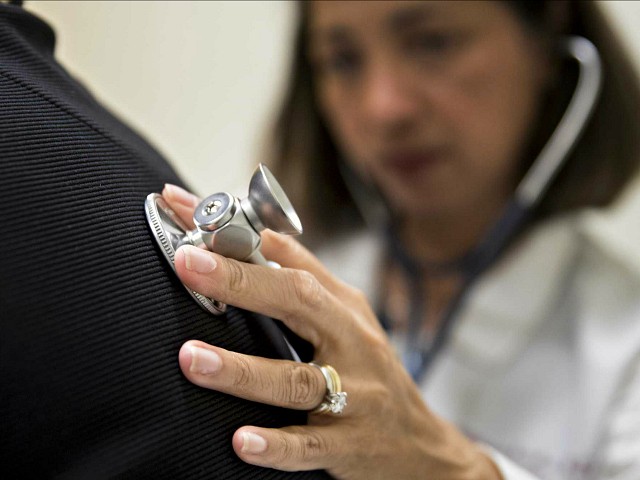 A new bill under consideration by the California State Legislature would allow the state’s medical board to discipline doctors who provide what is considered “misinformation or disinformation” about COVID-19 — and even strip them of their licenses.

The bill, AB 2098, introduced in February, “would designate the dissemination or promotion of misinformation or disinformation related to the SARS-CoV-2 coronavirus, or ‘COVID-19,’ as unprofessional conduct. The bill would require the board to consider specified factors prior to bringing a disciplinary action against a physician and surgeon. The bill would also make findings and declarations in this regard.”

The legislation also declares: “Major news outlets have reported that some of the most dangerous propagators of inaccurate information regarding the COVID-19 vaccines are licensed health care professionals.”

(a) It shall constitute unprofessional conduct for a physician and surgeon to disseminate or promote misinformation or disinformation related to COVID-19, including false or misleading information regarding the nature and risks of the virus, its prevention and treatment; and the development, safety, and effectiveness of COVID-19 vaccines.

(b) The board shall consider the following factors prior to bringing a disciplinary action against a licensee under this section:

(1) Whether the licensee deviated from the applicable standard of care.

(2) Whether the licensee intended to mislead or acted with malicious intent.

(3) Whether the misinformation or disinformation was demonstrated to have resulted in an individual declining opportunities for COVID-19 prevention or treatment that was not justified by the individual’s medical history or condition.

(4) Whether the misinformation or disinformation was contradicted by contemporary scientific consensus to an extent where its dissemination constitutes gross negligence by the licensee.

According to one law firm that represents physicians in disciplinary proceedings in California, if a doctor is found to have committed professional misconduct, “the minimum penalty is a stayed revocation with 5 years of license probation, with a maximum penalty of revocation.”

Stanford Medical School Professor Jay Bhattacharya, one of the co-authors of the Great Barrington Declaration, which favores “Focused Protection” over lockdowns during COVID surges, wrote at Bari Weiss’s Substack site that the California bill mirrors the way communist China has treated physicians merely for telling the truth about the coronavirus:

The language of the bill itself is intentionally vague about what constitutes “misinformation,” which makes it even more damaging. Doctors, fearing loss of their livelihoods, will need to hew closely to the government line on Covid science and policy, even if that line does not track the scientific evidence. After all, until recently, top government science bureaucrats like Dr. Fauci claimed that the idea that Covid came from a Wuhan laboratory was a conspiracy theory, rather than a valid hypothesis that should be open to discussion. The government’s track record on discerning Covid truths is poor.

We are not the Soviet Union, of course, nor are we ruled by Chinese Communists. California lawmakers thankfully do not have the power currently being exercised in Shanghai. But this bill follows the same dangerous principle that government-authorized science should permit no opposition from people with the credentials and knowledge to oppose it. The false medical consensus enforced by AB 2098 will lead doctors to censor themselves to avoid government sanction. And it will be their patients, above all, who will be harmed by their silence.

Bhattacharya noted the current coronavirus lockdowns in Shanghai, China — ostensibly that country’s freest city — which have resulted in reported food shortages, the killing of household pets, and other abuses by the communist regime.

AB 2098 is sponsored by Assemblymember Evan Low (D-Silicon Valley), who tweeted a racist cartoon supporting Black Lives Matter in 2020 — before the murder of George Floyd:

Low recently co-sponsored a law that requires toy stores to include gender-neutral sections.