Biden Says Transgender People Are ‘Made in the Image of God’ 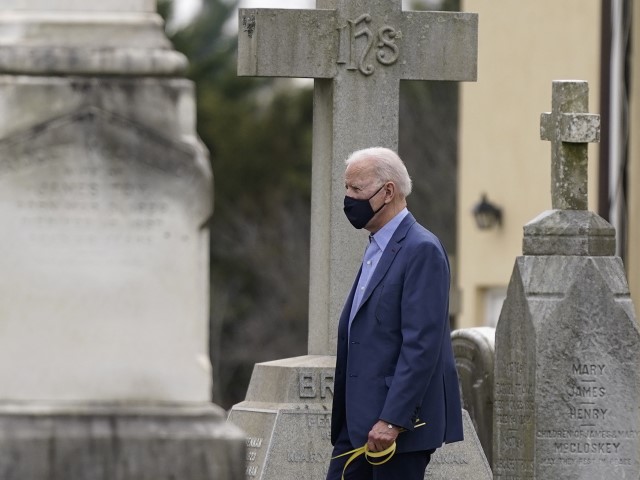 President Joe Biden said that transgender people are “made in the image of God” in an announcement Thursday on “transgender day of visibility.”

“To everyone celebrating Transgender Day of Visibility, I want you to know that your president sees you — Jill, Kamala, Doug, our entire administration sees you — for who you are: made in the image of God and deserving of dignity, respect and support,” Biden said in a video statement.

Biden, a professed Catholic, seems to be referencing Catholic Church teaching that all humans are “made in the image and likeness of God.” The Church’s faith also teaches “male and female he created them,” although the president didn’t mention it in the video.

“We know it’s hard when there are those out there who don’t see you and don’t respect you,” Biden added.

Biden called out “anti-transgender state laws” that have passed state legislatures across the country. Biden is likely referring to Florida’s parental rights law, which he calls the “Don’t Say Gay” bill. However, the law makes no mention of gay or transgender children. Instead, the law prohibits kindergarten through third-grade school teachers from discussing sexuality with their students.

Biden could also be referencing laws that prevent transgender athletes from competing in women’s sports, which nearly one-fourth of states have passed.

“For example, the onslaught of anti-transgender state laws attacking you and your families is simply wrong,” Biden said. “This administration is standing up for you against all these hateful bills. And we’re committed to advancing transgender equality in the classroom, on the playing field, at work, in our military, in our housing and health care systems — everywhere, simply everywhere.”

“Today, we’re announcing even more steps, but there’s always more work to do to end the epidemic of violence against transgender women of color and girls of color,” Biden continued, “to ensure transgender seniors can age with dignity, and to finally pass a bipartisan Equality Act to help transgender persons around the world live free from discrimination and violence.”

“And know this. You’re so brave. You belong. And we have your back. God bless you all. Be brave,” Biden concluded.