Biden Is Wrong About ‘Genocide’ in Ukraine 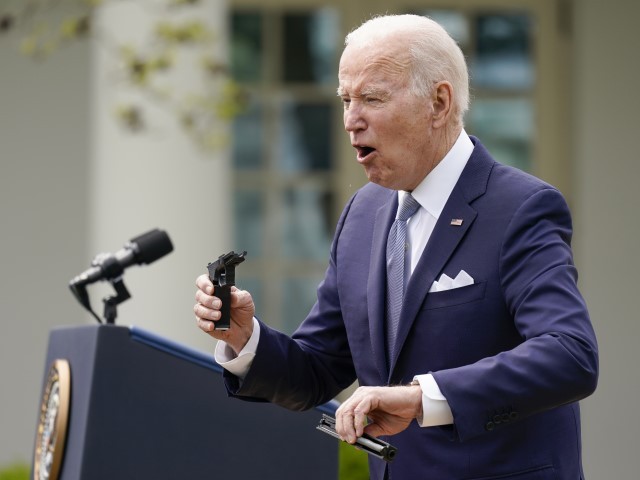 President Joe Biden used the word “genocide” this week to describe Russian President Vladimir Putin’s war crimes in Ukraine. He is wrong — and to see why, let’s go back nearly 80 years.

A 16-year-old girl named Maria Kostipolis is working as an apprentice to a dress maker on the island of Rhodes, in Greece, in 1944. She is on the way to church, where she sings in the choir. She doesn’t have any Jewish friends or relatives. Suddenly the Gestapo arrests her and her father. The accusation: that her father’s father—now long dead — was a Jew before his family converted to Greek Orthodoxy when he was two years old. He was never told of his Jewish heritage.

The Gestapo had reviewed birth records going back 100 years and determined that Maria and her father were genetically Jewish, according to Nazi racial categorization. They were put on a ferry and then a train and arrived at Auschwitz four days later, where Maria was made to serve as a Reich prostitute for the camp guards. After three months, she was sent to the gas chamber and her body cremated.

There were many such “Marias”— the one described above is a composite of such victims — that were murdered by the Nazis, including nuns and priests with a Jewish grandparent. Nothing mattered to the Nazis other than genetics.

That is genocide. That was the Holocaust. That is the systematic attempt to exterminate every person in the world with Jewish genetic makeup, regardless of their religion, nationality, occupation, politics or any other characteristics. No matter where they lived— no matter how far they were from the war or from land the Nazis wanted to clear for German expansion — if you were a generic Jew, you were targeted for extermination. As Elie Wiesel put it: not every victim was a Jew, but every Jew was a victim. This was not part of the German war effort. To the contrary, it was inconsistent with any military goal. Soldiers were diverted from fighting the military enemy to the service of fighting the genetic enemy. Jews who could have helped Germany beat the United States in the race to develop an atomic bomb were gassed, shot, or escaped. Implementing the Nazi genocide — an entirely separate and often incompatible goal — was as important as prevailing on the battlefield. When Hitler and Goebbels committed suicide, they knew they had lost the military war, but they also knew they had won a significant victory in their war against the Jewish “race.”

Now let’s compare that genocide — the very term was coined to describe Hitler’s intention to exterminate every Jew on the planet — to Vladimir Putin’s horrible war against Ukraine, and the criminal tactics he and his generals are employing. Let’s begin with Putin’s war aims, his goals in invading Ukraine. His primary goals were to replace the government of Ukrainian President Volodymyr Zelensky with a pro-Russian regime to rule over the Ukrainian people. Another goal was to annex the eastern and southern parts of Ukraine and to build a land bridge from Russia to Crimea. His means included waging a ferocious war against what he believed was a militarily weak Ukrainian army and to demoralize the civilian population by causing enormous numbers of civilian deaths, including many children. Both the ends and the means constitute war crimes, but neither constitutes the very different crime of genocide.

Genocide requires a plan to exterminate a racial, religious, tribal, ethnic or genetic group. It is different in kind from what Putin has been doing. The Ukrainians are similar in all the above respects to ethnic Russians. They are Slavs, mostly Eastern Orthodox. They speak similar languages, and many Ukrainians are fluent in Russian. They eat the same food, enjoy the same music, and share a common history and heritage. There are differences, of course, and Ukraine is a separate nation with a high degree of nationalism, as evidenced by recent events. But whatever else you can say about Putin’s war crimes – and much can and should be said about them – they simply do not come within the definition of genocide.

A truly genocidal policy, as that employed by the Nazis, would not have allowed more than four million Ukrainians to escape. It would not have engaged in prisoner exchanges. It would have tried to exempt the millions of ethnic and linguistic Russians who live in Eastern Ukraine and who have suffered among the most horrendous brutalities.

It is important to keep genocide separate as a war crime from the serious crimes of waging aggressive war, targeting civilians and the like. The memory of the Holocaust and of the handful of other genocides that occurred in the 20th century, including those against Armenians, and ethnic groups in Africa, should not be diluted by describing other serious crimes as “genocide.”

New podcast: The Dershow, on Spotify, YouTube and iTunes