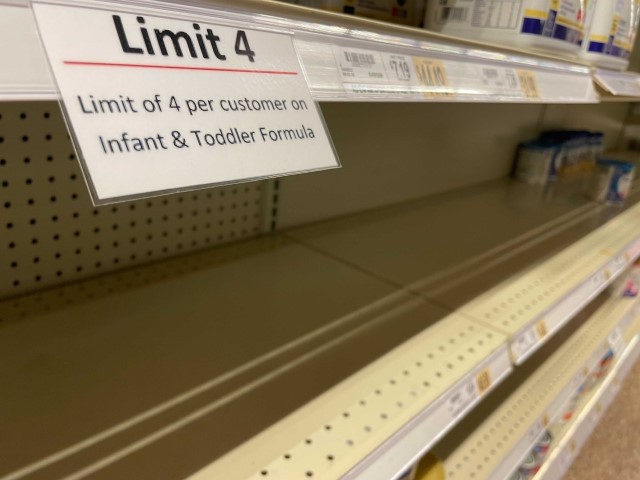 The board noted that while the government is trying to assure “angry moms” it will solve the problem, Biden and feds should “look in the mirror:”

The shortage began after Abbott Laboratories shut down a plant in Michigan after four infants who consumed formula made at the facility fell seriously ill. Abbott controls about 42 percent of the U.S. market, and the other three large manufacturers (Perrigo, Nestle and Mead Johnson) haven’t been able to increase production fast enough to compensate. Ergo, empty shelves.

Enter President Biden, who on Wednesday invoked the Defense Production Act. The Cold War-era law lets the federal government conscript private businesses to produce goods for national defense and to reorder supply chains, putting some customers ahead of others. Progressives think government is the solution to every problem, which is why the law has become their household remedy to every product shortage.

Mr. Biden says the law will let his Administration prioritize raw ingredients for baby formula. He also plans to send government planes to fly in supply from overseas. But there doesn’t appear to be a shortage of formula ingredients. Nor is there a problem transporting it. The main barriers to increasing supply are regulatory.

The board also blamed trade tariffs as high as 17.5 percent and regulations from the Food and Drug Administration’s regulations that limit competition in the marketplace.

“I think there might be a need for indictment,” Pelosi said about Abbott, which is already the subject of a House investigation.

The Journal said the solution is to suspend tariffs and let up on onerous labeling and ingredient requirements. It also noted that when manufacturers have exclusive contracts with states for a product it creates monopolies.

And even if Abbott is coming back online, the Journal recommends reforming federal policies to allow the free market to thrive.