Biden Agencies to Slash Deportations by Not Prosecuting Illegal Aliens 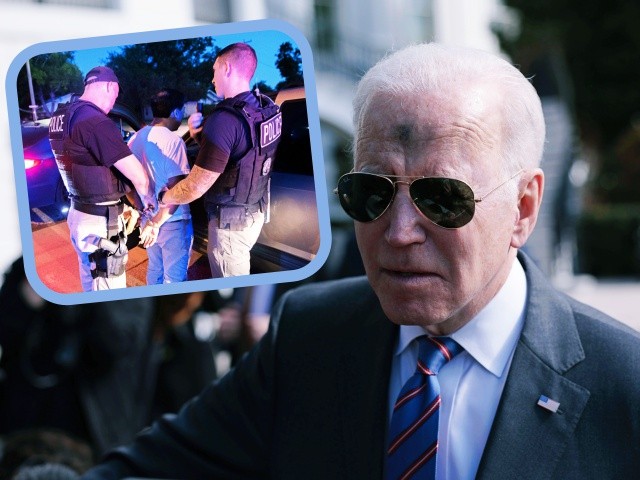 President Joe Biden is looking to further slash deportations by having federal prosecutors drop cases against illegal aliens unless they are considered a “public safety threat,” a newly leaked internal memo reveals.

The memo, reviewed by BuzzFeed News, directs prosecutors for the Immigration and Customs Enforcement (ICE) agency to drop deportation cases against illegal aliens who are not considered a threat to national security or public safety or who have not recently crossed the United States-Mexico border.

An ICE spokesperson said the memo “renews the commitment of all ICE attorneys, in exercising their inherent prosecutorial discretion authority, to advance the interests of justice and build public confidence in our immigration system.”

The memo, the spokesperson said, is in coordination with the agency’s so-called “sanctuary country” orders that were issued last year but have since been blocked from being implemented by an Ohio federal judge.

“Consistent with the enforcement guidance issued by Secretary Mayorkas, ICE focuses its civil immigration enforcement priorities on the apprehension and removal of non-citizens who pose a threat to our national security, public safety, and border security, consistent with all legal requirements and applicable court orders,” the spokesperson said.

Those orders helped gut interior immigration enforcement in Fiscal Year 2022, the latest ICE data reveals. Compared to 2019, arrests of illegal aliens have plummeted by nearly 50 percent, and deportations have dropped by nearly 80 percent.

Biden’s insistence that ICE attorneys drop deportation cases against illegal aliens is almost certain to cut down on the annual number of deportations out of the nation’s interior.

Still, research has shown that deportations are extremely cost-efficient for Americans, as deporting every illegal alien in the United States is about six times less expensive than what taxpayers are forced to subsidize for the nation’s 11 to 22 million illegal aliens.