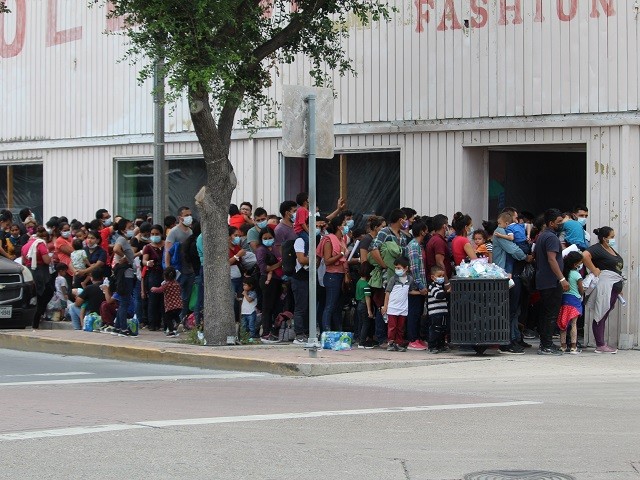 Texas officials report the Biden administration stopped dropping off released migrants in many cities across the state following Governor Greg Abbott’s order to start busing them to Washington, D.C. From the Texas Panhandle to the Rio Grande Valley, Texas city officials sent the State requests for assistance in offering bus transportation for any released migrants who voluntarily want to catch a ride to the nation’s capital.

The Texas Division of Emergency Management (TDEM) dispatched multiple buses to areas where community leaders expressed concerns about the federal government dropping off migrants in their cities, TDEM spokesman Seth Christensen said in a written statement. He said Texas “has the capability to send as many [buses] as necessary to fulfill the requests from mayors and county judges.”

“From the RGV to Terrell County, a large majority of the communities that originally reached out for support through this operation have now said that the federal government has stopped dropping migrants in their towns since the governor’s announcement on Wednesday,” Mr. Christensen added.

“To help local officials whose communities are being overwhelmed by hordes of illegal immigration who are being dropped off by the Biden administration, Texas is providing charter buses to send these illegal immigrants who have been dropped off by the Biden administration to Washington, D.C.,” Governor Abbott said during a press conference on Wednesday afternoon in Weslaco, Texas. The governor said the first drop-off location will be the U.S. Capitol steps in the nation’s capital. He added that the bus rides are completely voluntary from the migrants’ perspective.

“We are taking them to the United States Capitol where the Biden administration will be able to more immediately address the needs of the people that they are allowing to come across our border,” the governor added. The governor signed the letter to TDEM Chief Nim Kid ordering the action.

“Texans have a backbone and the will to secure our border,” Abbott stated. “Two things that Joe Biden does not have.”

In addition to the busing program, the governor also announced that the State will begin enhanced safety inspections of commercial vehicles crossing the border from Mexico.

“A zero-tolerance policy for unsafe vehicles for smuggling migrants across the border is being implemented immediately,” the governor stated.

Breitbart Texas reached out to DPS officials for initial results from the enhanced safety inspections. The department is not yet ready to release statistical data on the operation at this early date, officials responded.