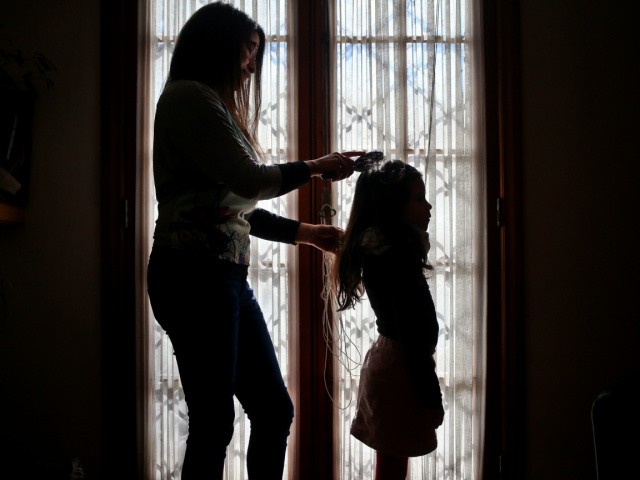 The White House published a transgender fact sheet stocked with “resources” to honor “Transgender Day of Visibility” from the Department of Health and Human Services (HHS). One such resource is from the Office of Population Affairs (OPA) which is part of HHS, entitled “Gender-Affirming Care and Young People” and contains a chart with “affirming care” options, a far-left euphemism intended to make the mutilation of children sound like a compassionate course of action.

The most heinous option involves transforming children’s bodies via irreversible surgeries with the goal of “aligning their outward physical traits with their gender identity.” The procedures listed include “top surgery — to create male typical chest shape or enhance breasts,” and “bottom surgery — surgery on the genitals or reproductive organs.” The OPA also listed “facial feminizations,” and “other procedures.” The document does not include more grotesque aspects of these surgeries where young girls’ breasts are cut off, genitalia are chemically removed, and fake penises built from the tissue of another body part.

The OPA ends by insisting that familial and peer support is “crucial” for ensuring positive outcomes, and that a lack of parental support could result in negative outcomes like “suicide.”

“Lack of such support can result in rejection, depression and suicide, homelessness, and other negative outcomes,” the OPA concludes.

Contrary to the Biden administration’s claims, scientists have found that neither “gender-affirming hormone treatment” nor “gender-affirming surgery” decreased the need for mental health services of those claiming to be transgender. Other studies have found that  puberty blockers and cross-sex hormones and sex transition surgeries do not prevent suicide or improve mental health in gender dysphoric young people.

Both documents made sure to state that these treatments are “neither child maltreatment nor malpractice” — likely a response to Republican-sponsored legislation and directives labeling sex change surgeries for minors “child abuse.”

President Joe Biden himself tweeted a video address on Thursday in support of the transgender activist agenda and adding to the far-left’s assault on parental rights.

To transgender Americans of all ages, I want you to know that you are so brave. You belong. I have your back. pic.twitter.com/mD4F0m3rU1

“To parents of transgender children, affirming your child’s identity is one of the most powerful things you can do to keep them safe and healthy,” Biden claimed with no evidence.

Biden also said his administration will combat a GOP-led campaign to keep men who identify as women from competing in women’s sports, calling those laws “simply wrong” and “hateful.”

“[My administration is] “standing up for transgender equality in the classroom, on the playing field, at work, in our military, in our housing and health care systems – everywhere,” he said.

The Biden administration pushed several other pro-transgender policies forward on Thursday, after the HHS became the first federal agency to fly a baby blue and baby pink “trans pride flag” on its grounds — right below the American flag.

Discrimination against transgender people has no place in this country. @HHSGov will continue to do everything in our power to protect the health care of transgender people, including their access to gender-affirming care. https://t.co/0Az3rQq7EK