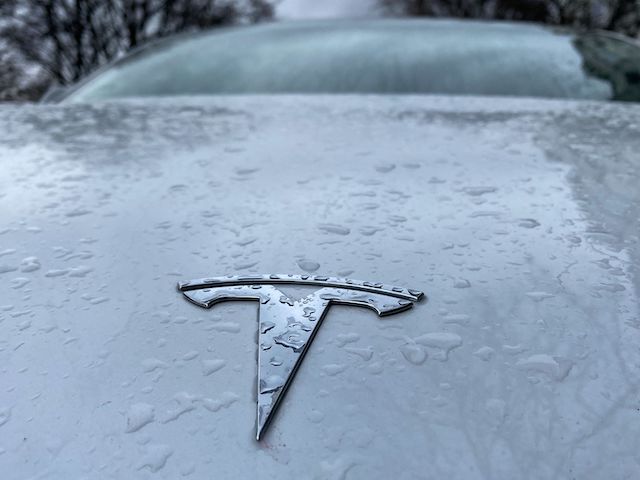 A car barely missed two police dispatchers when it flew down a sidewalk in Hamlin, Texas, on Wednesday and the harrowing moment was caught on camera.

“Police Chief Bobby Evans tells us that the driver of the tesla had fallen asleep at the wheel as he was coming into town,” KTXS reported on Thursday.

Video footage showed the two individuals enjoying a break on the sidewalk. Moments later, they reentered the building and the area was clear.

That was when the car rushed onto the scene, blasting through what appeared to be a low, concrete barrier near the building’s front door before it sped out of the camera’s view:

WATCH: Surveillance footage captured the moment of the driver of a Tesla driver drove on a side walk in West Texas, missing several people by a few seconds. CREDIT: Hamlin Police Department

Social media users voiced their thoughts on the incident, one person writing, “Those people have guardian angels watching out for them. A few more seconds and that would have been horrific.”

“Wow! They went inside just in time, that could have been bad tragedy,” another commented.

The Verge reports that former Tesla employee John Bernal alleges that he was fired from the company after reviewing its Full Self-Driving Beta software on his YouTube channel. Bernal runs the channel AI Addict where he uploaded a video of his Tesla hitting a bollard as he reviewed the autonomous driving feature.

Bernal says that prior to his dismissal from Tesla, he was told by his managers that he “broke Tesla policy,” and that his YouTube channel was a “conflict of interest,” although his written termination notice did not specify why he was fired. Bernal alleges that he previously was approached by managers after he posted a video in March 2021 which showed his Tesla ending up in a number of close calls with pedestrians and cyclists.

Per the recent incident, the driver reportedly hit the corner of the city hall building and blasted through awning pillars on several storefronts.

“Chief Evans says the driver was heading home to New Mexico when the crash happened,” the KTXS article concluded.