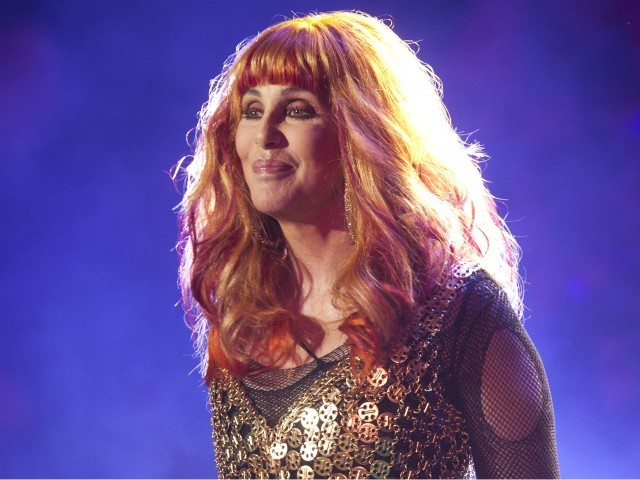 Leftist pop star Cher went on an emoji-laden rant against Russian dictator Vladimir Putin, comparing him to Hitler and suggesting that the U.S. needs to “cut off Putin’s” balls.

The singer-actress jumped to her Twitter account to slam Putin over his attack on neighboring Ukraine, calling Putin the world’s biggest threat since World War Two. Cher added that Putin has “gazillions” in personal wealth doesn’t care about his people, his oligarchs, or a free world.

The “Believe in Love” singer went on to blast Putin as a Hitler who “lives” to “starve, rape, torture,” and “annihilate.” She continued that she thinks that Putin is betting that NATO and the U.S. won’t protect eastern Europe and has “mobile crematoriums” in Poland.

Cher’s ultimate suggesting is that the U.S. must move into Ukraine and “cut off Putin’s balls.”

Wednesday’s message is far from the first time Cher has regaled her 4 million followers with her opinions on the war in Ukraine.

A few months ago, for instance, Cher ranted that Putin intends to “devour sovereign countries” until he “resurrects the USSR.” She then insisted that the goal is to leave Europe unprotected while China and the Saudi’s bring the U.S.A. “to its knees.”

Cher also accused Americans of “not wanting democracy,” wanting “women hobbled,” and hoping for “racism & mistrust” to reign in the U.S.

They C Hate Between Politicians,& Ppl.They See Ppl murdered,&Attempted murders in Our Capital. Some call them criminals Some patriots.Some🇺🇸’ns Dont Want Democracy, Want Women Hobbled,
Racism &Mistrust U By Flag U Fly.”A House Divided Against Itself,Cannot Stand”.We R That House

The noted Grammy-winning foreign policy expert (LOL) seems to have ignored any of Biden’s failures in this foreign policy. Indeed, Cher endorsed Joe Biden during the 2020 presidential election. She sang the old chestnut “Happiness is a Thing Called Joe” during a virtual campaign fundraising event.

In her song, Cher crooned that “Joe will keep us safe. That’s all you need to know.”