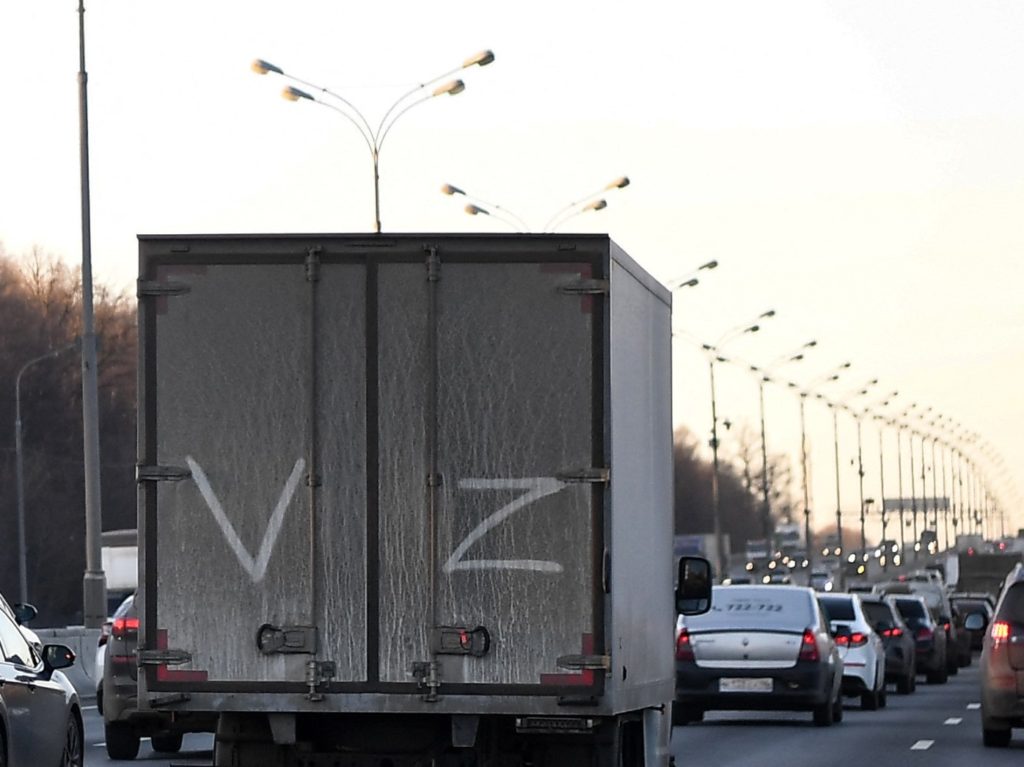 Lithuania’s parliament has successfully cancelled part of the alphabet, passing a law that will see the symbolic use of the letters ‘Z’ and ‘V’ banned over their links with Russia.

Lithuanian politicians have successfully cancelled the letters “Z” and “V”, rendering the symbolic use of both illegal over their links with Vladimir Putin’s Russia.

The letters have been identified as tactical recognitions symbols pertaining to geographical army groups in Russia’s military, rolled out earlier this year in preparation for the invasion. ‘Z’ in particular has become a symbol associated by many with Russian aggression.

Lithuania managed to successfully prohibit the symbolic use of both letters with a vote on Tuesday, which will also see other symbols linked with Russia become illegal for use in the country.

According to a report by Euronews, the new law passed by the country’s parliament bans all symbols that apparently promote “military aggression, crimes against humanity and war crimes”, with elected officials explicitly citing “Z” as an example of such a symbol.

Those found guilty of disseminating such a symbol now face a fine of between €300 and €700, with those figures rising to €600 and €1,200 for the heads of companies who use such symbols.

“There are no more specific provisions on symbols and letters, but the police will have the possibility to impose a fine for the display of an even wider range of pro-aggression symbols,” said Monika Ošmianskienė — the MP who initially tabled the law — who is ironically a member of the Freedom Party.

“This is an important preventive step as Russian war propaganda is not snoozing and is looking for various ways to cross our people, to reverse reality, as it has already been perverted in the minds of Russian citizens,” the politician also said in an online post where she justified the ban as being needed to ensure Lithuania’s “national security”.

“This is also an expression of support for the freedom fighting Ukrainians, as well as those who fled the war live here,” the lawmaker went on to say.

Ukraine Demands All Countries ‘Criminalize’ Use of Russian ‘Z’ Symbolhttps://t.co/9IWSxbxj5Y

Lithuania is far from the only country to ban the symbolic use of the letter “Z”, with other nations heeding the call of Volodymyr Zelensky’s Ukraine — which has itself banned a number of opposition political parties since the advent of current hostilities — to “criminalize” the use of the symbol.

Moldova is another nation to reportedly ban the use of both “V” and “Z” in symbolic contexts, with the nation’s president signing a bill prohibiting such uses of the letters on Tuesday.

Germany too has also cancelled the letter “Z”, with Federal authorities having first warned that there would be legal consequences for the use of the letter last month.

However, unlike Lithuania, German authorities are seemingly not happy with a mere paltry fine, with those who are seen to use the “Z” in a forbidden context risking a jail term of up to three years depending on where they are in the country.

“[The] Russian war of aggression against the #Ukraine is a criminal offence,” a post on one Federal government social media account read. “Anyone who publicly approves of this war of aggression may be liable to prosecution.”

“This also applies to showing the ‘Z’ symbol,” the account then clarified, before saying that authorities were keeping an eye out for the use of such a letter.