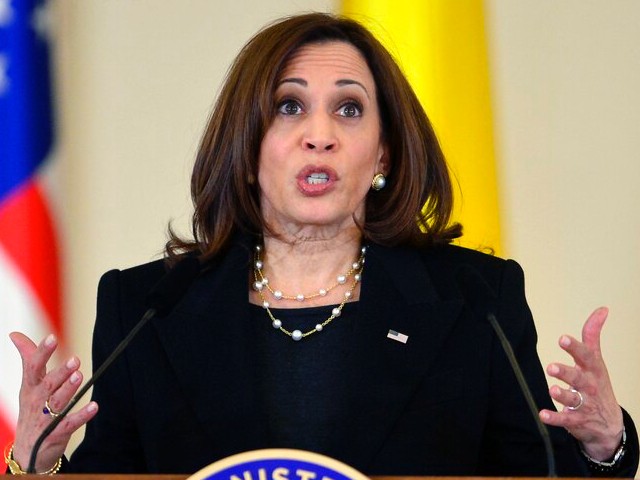 Vice President Kamala Harris, after being in office for over a year, remains unpopular with likely voters in the latest Rasmussen Reports survey released Monday.

Rasmussen noted that even the leftist CNN acknowledged in March that Harris’ office had “suffered a turbulent first year due to missteps and messaging failures.”

Her office has had a revolving door since she became vice president.

On Monday, it was reported that Harris’s deputy chief of staff, Michael Fuchs, would be leaving her office. Last week, in a speech she delivered with Jamaican Prime Minister Andrew Holness, Harris had trouble communicating that the U.S. would be providing economic assistance to the island nation.

The Rasmussen poll also found that the majority (54 percent) of respondents believe Harris is not qualified to assume the responsibilities of the presidency; 45 percent of these replied that she is “not at all qualified,” while 9 percent consider her “not very qualified.”

In comparison, less than half of the respondents (42 percent) said she is qualified to assume the responsibilities of the presidency. Four percent remained unsure.

The Rasmussen Reports nation survey polled 1,000 likely voters and was conducted on March 27 and 28. The margin of error was plus or minus three percent.