There was good news for Jerome Powell in the National Association of Business Economist (NABE) survey released Monday: the Fed’s policy has become a lot more popular.

Back in March, a record 77 percent of economists surveyed by NABE said the Fed’s economic policy was too stimulative and just 22 percent deemed the policy “about right.” In the intervening months, the Federal Open Market Committee (FOMC) has approved four consecutive interest-rate hikes, raising the target range from zero to up to 2.25 percent. Now around 46 percent of economists say the policy is about right and 44 percent say the policy is too stimulative. Around nine percent say monetary policy is too tight.

That does not qualify as overwhelming support for the current stance of monetary policy. Economists are close to evenly divided about whether the policy is about right or too loose. Even still, we suspect that Federal Reserve officials find it reassuring that they are no longer overwhelmingly thought to be on the wrong track by the economics profession.

It is not clear, however, how much weight the opinions of professional economists should carry. Back in August of 2021, when the Fed was busily insisting that inflation was transitory, economists were divided on the question. Fifty-two percent deemed the Fed’s policy too accommodative, but 47 percent were in the “about right” column. Go back to March, when the Biden administration was launching its poorly conceived and oversized stimulus program and the Fed was keeping its target at zero, and just 22 percent said the policy was too accommodative. Which is to say, the professional economists only realized the Fed was too accommodative once inflation was already rampaging through the U.S. economy. 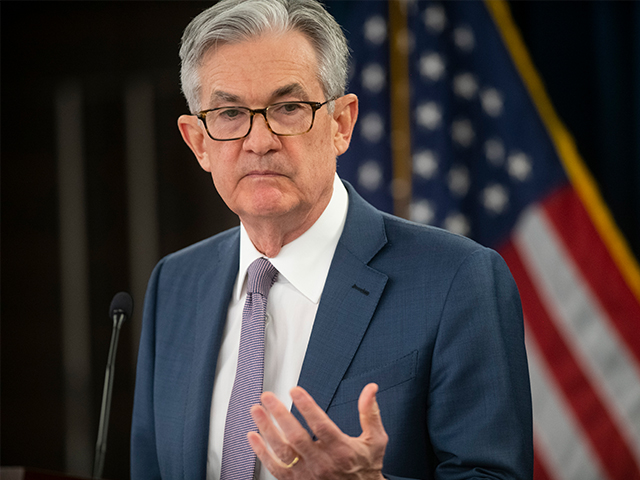 Perhaps more importantly, an overwhelming majority of economists expect that the Fed will not be able to bring inflation down to its two percent target without triggering a recession sometime in the next two years. The survey found that 21 percent were “not at all confident” that the Fed could avoid triggering a recession. Fifty-two percent described themselves as “not very confident” a recession could be avoided. Just three percent said they were very confident the economy could stay out of a recession—presumably matching the percentage of economists who work for the Biden administration.

The conviction that the Fed could pull the economy into a recession by tightening to fight inflation highlights the problematic nature of the “good news” from the Chicago Fed’s National Activity Index. This unexpectedly bounded into positive territory in the July reading, defying forecasts that the index would stay negative for a third consecutive month. As with the blowout jobs report, this suggests that after slumping in late spring and early summer, the economy began to accelerate in July.

The evidence that the economy is gaining momentum goes beyond just the labor market. Industrial production, especially manufacturing, was unexpectedly strong in July. Motor vehicle production jumped much higher. Core retail sales grew by an impressive 0.8 percent compared with June—and earlier sales were revised higher. Housing, the most interest rate sensitive sector, has stalled, but it is not dragging the rest of the economy down with it.

With inflation near the worst level in 40 years, this kind of economic momentum means that monetary policy will need to react with even more tightening. That increases the odds that the recession we are headed toward will last longer and cut deeper.