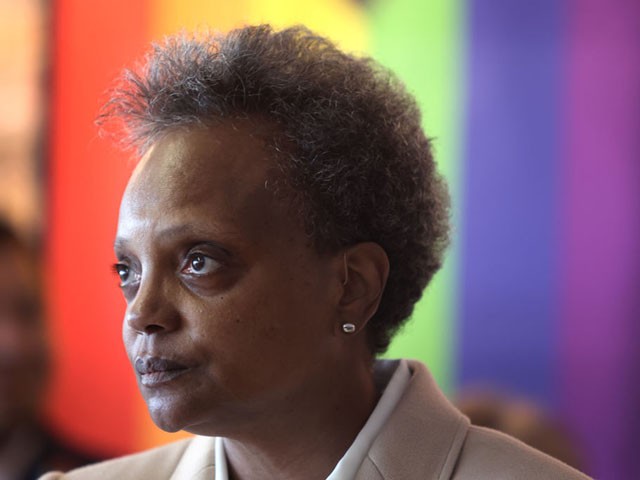 Twenty-seven people were shot, six of them fatally, during the weekend in Mayor Lori Lightfoot’s (D) troubled Chicago.

One of the additional shooting deaths was that of a 27-year-old man who was found on sidewalk dead “in the 2000-block of West 35th Street” Friday night.

Another additional shooting death was a 40-year-old who was fatally shot while “standing outside in the 300 block of South Kilbourn Avenue about 3:25 a.m. Sunday morning.”

A 61-year-old woman was found dead in “an apartment in the 1000-block of West Montrose Avenue” around 8:30 p.m. Sunday. She “appeared to have a gunshot wound to the side of the head.”

The most recent data from the Sun-Times shows there have been 143 homicides in Chicago thus far in 2022.