250 Migrants Appear in One Hour in West Texas Town 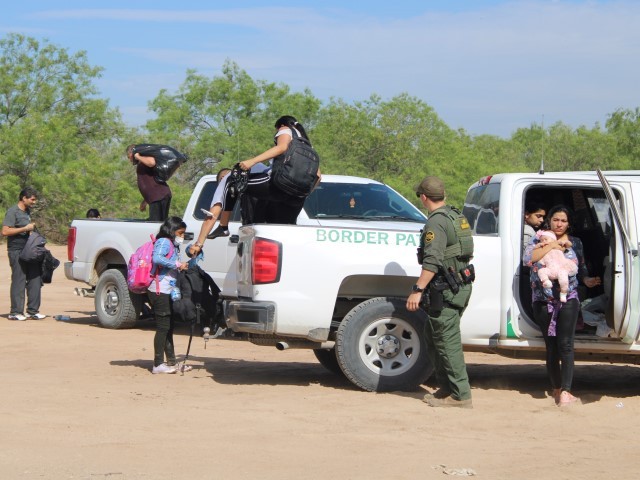 EAGLE PASS, Texas — Border Patrol agents scrambled to respond to several large migrant groups early Tuesday. The migrants made landfall just south of the city in a steady flow to surrender. One subgroup of more than 100 were mostly Cubans.

Border Patrol agents took the group of mostly adult males into custody and began the task of gathering basic biographical information and inventories of personal property. Several Border Patrol trucks brought more migrants to a roadway from the riverbank. There were some female migrants carrying infants and young children.

According to a Customs and Border Protection source, the flow of migrants just south of the city has been steadily increasing since the announcement of the end of the CDC Emergency Title 42 expulsion authority. The CDC announced on April 1 that the emergency order will expire on May 23. As word of the program’s sunset spreads, the source says the increase in migrant crossings is likely to grow.

The source says daily apprehension totals are between 6,000 to 8,000 migrants per day across the entire southwest border – a figure which could quickly double. Even at the current pace, Border Patrol facilities are experiencing overcrowding.

The latest surge in migrant traffic has resulted in fewer routine field patrols. Processing, transporting, and providing humanitarian care for the large migrant groups have taxed the Border Patrol’s workforce to the extent that, on some days, only transportation vans operate in some areas.

On days where field patrols are suspended or reduced, much of the burden of border security is left to state and local law enforcement or the Texas Army National Guard.